(Cincinnati, OH) July 2nd, 2018 —Undergrowth with Two Figures by Vincent van Gogh returns to the Cincinnati Art Museum on July 3rd and to celebrate, Listermann Brewing Company has partnered to create a beer. The local brewery and CAM have worked together to create a van Gogh-themed beer that will feature the painting on the label. 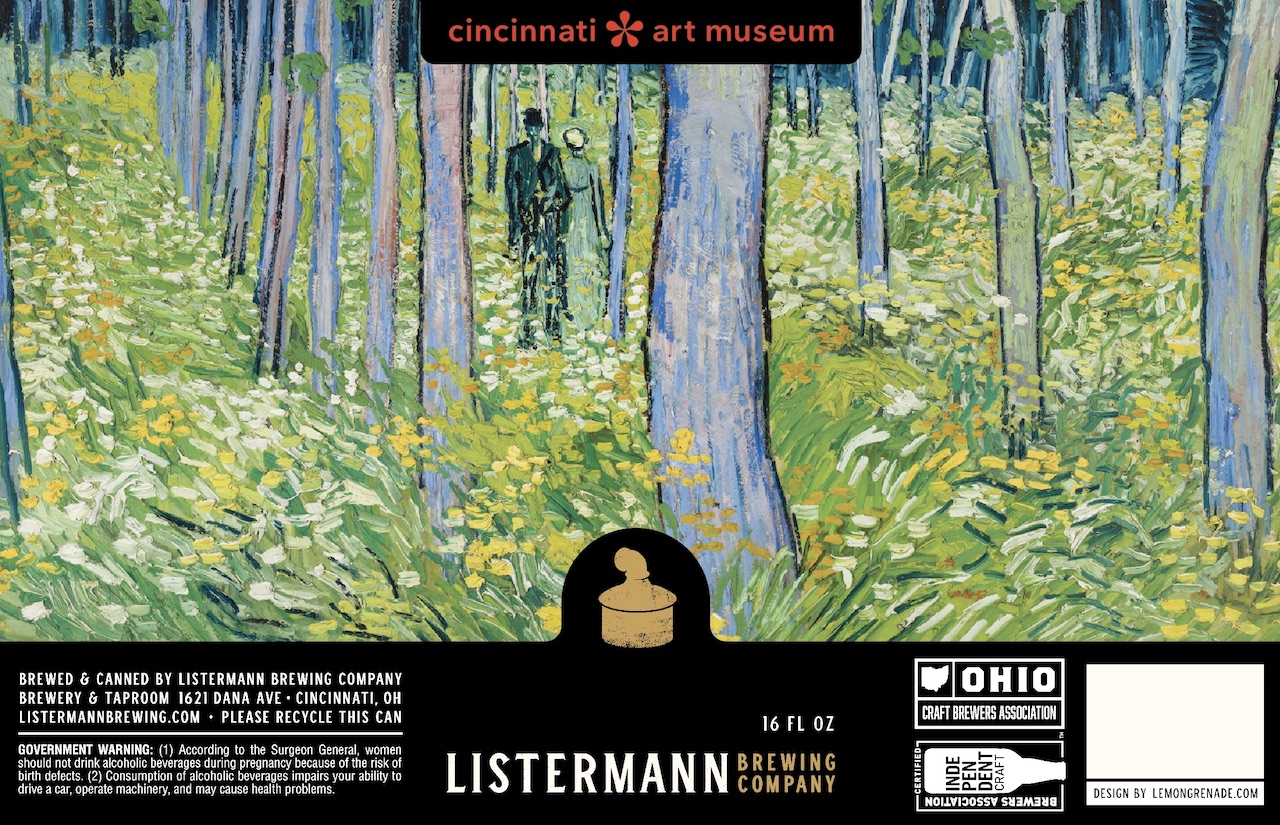 This collaboration beer will be a NE IPA with a huge juicy punch of orange, lemon, and tropical fruits, mango, and lychee. This will be available on draft and in 16 ounce four-pack cans. The four-packs will retail at $15.99 plus tax each. There will be around 150 cases sold at the brewery on Saturday, July 21st.

“It’s almost unbelievable to me that we get the awesome opportunity to have one of the great masters in art history grace the cans of our beer. As such, it is not an understatement that everyone here at Listermann is preternaturally excited to be involved with this collaboration. I am quite grateful that CAM has allowed us to work with them on this project, and I look forward to future collaborations with them!” says Jared Lewinski, head brewer at Listermann Brewing Company.

Listermann Brewing Company and the Cincinnati Art Museum collaborated back in April on a beer to promote the Terracotta Army: Legacy of the First Emperor of China exhibit that is currently at the museum. They were able to raise over $1300 through draft and four pack sales.

The brewery and Cincinnati Art Musuem are holding a social media contest to allow followers to name the beer. To enter our beer-naming contest Instagram users can follow @listermannbrewing and @cincyartmuseum and submit their name idea. The contest winner will receive a Cincinnati Art Museum family membership ($75 value). The final beer name will be chosen by CAM and Listermann. Winner will be announced July 3rd.