(Cincinnati, OH)  — Listermann Brewing Company has partnered again with the Cincinnati Zoo and Botanical Garden to bring more Team Fiona beer and release a new beer to celebrate the other Zoo Babies at the zoo. 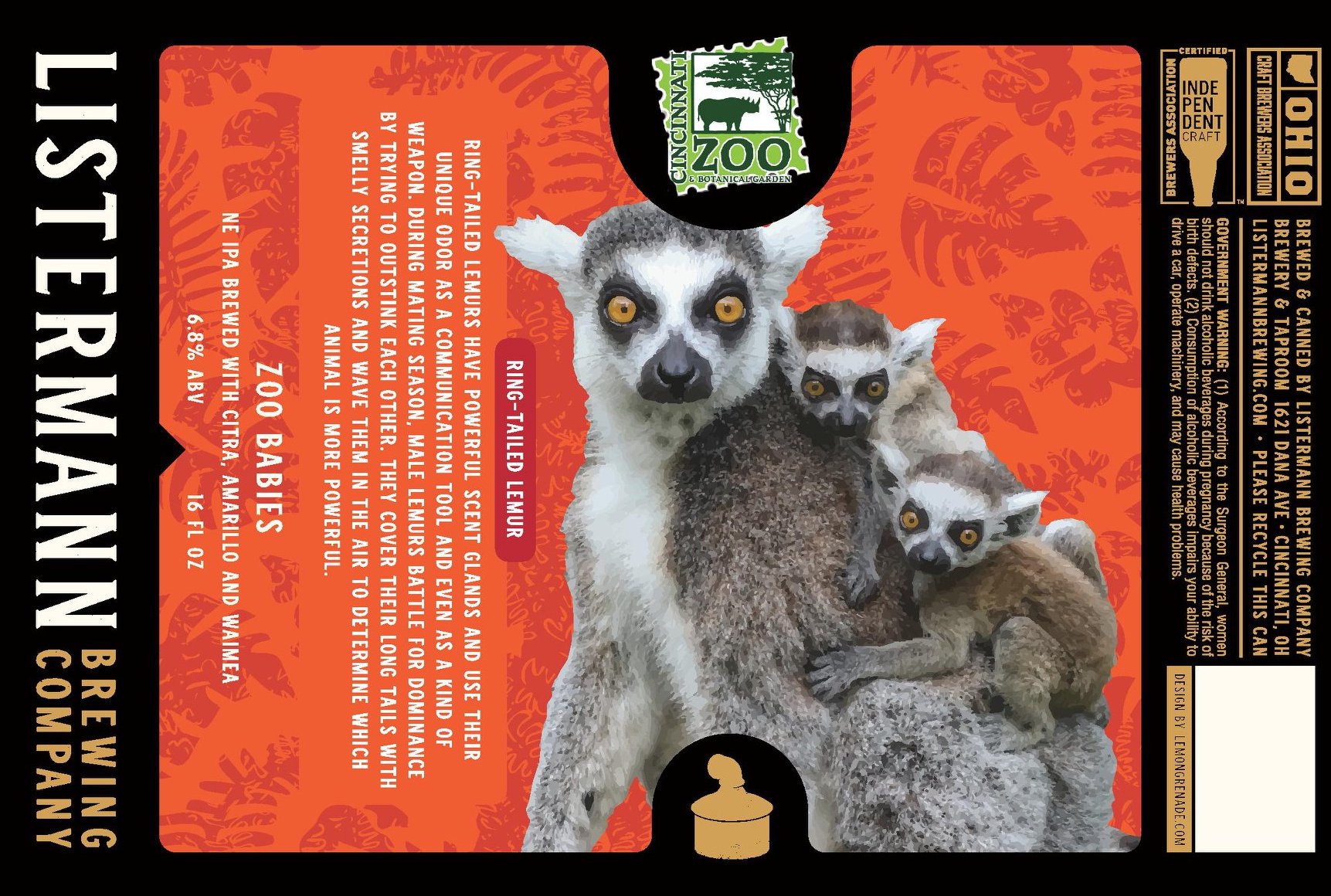 A new beer, Zoo Babies New England IPA, will be sold at the Listermann Brewing taproom starting on May 19th at 10:00AM. This beer will be released on draft and in 16 oz 4 pack cans. This NE IPA is 6.8% ABV and brewed with Citra, Amarillo and Waimea hops. There will be 112 cases of this available and each 4 pack will be $14.99 plus tax. 10% of the sales will be donated to the Cincinnati Zoo and Botanical Garden.

Each 4 pack will have 4 different labels featuring 4 different zoo babies. The zoo babies featured on these cans are the Colobus Monkeys (Octavius and Theodora), Greater Flamingo (Taffy), Florida Manatees (Miles, Pippen, Matthew and Daphne) and the Ring-Tailed Lemurs (Bennie and Jerrie).

Along with Zoo Babies, the brewery will be releasing another round of Team Fiona 16 oz 4 pack cans this Saturday to celebrate Fiona’s upcoming milestone of hitting 1,000 pounds. In honor of the milestone, these cans are named Team Fiona 1K. This will be the beginning of Team Fiona becoming a year-round beer on draft at the brewery.

“We are excited to continue our partnership with the zoo in making Fiona year-round and releasing another new beer. Fiona is the #1 beer we get asked for at the brewery, so we are giving the people what they want!” said Jason Brewer, General Manager at Listermann Brewing Company.

There will be 80 cases of Team Fiona 1K 4 packs available and each 4 pack will be $14.99 plus tax. 10% of the draft sales and 15% of the can sales will be donated to the Cincinnati Zoo. Team Fiona is a 5.8% ABV New England IPA with Citra and Centennial.

The brewery will also have commemorative Zoo Baby teku glasses for sale at the brewery. These will be full color featuring the images of the Zoo Babies from the label. There will be live screen printing from National Screen Printing starting at 10:00AM featuring exclusive Zoo Babies designs on t-shirts and tank tops. Renegade Grille will also be opening at 10:00AM serving chicken and waffles.

Customers can purchase up to a case of Zoo Babies 4 packs and 4 4 packs of Team Fiona 1K each. There will not be limits on merchandise and glassware. Sales will start at 10:00AM at the brewery.