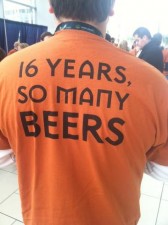 “We are tremendously proud of all our talented brewers, particularly this year’s GABF winners Bob, Brian, Tim and Kevin, and we couldn’t be more thrilled to celebrate 16 years of consecutive wins as a team,” says Director of Brewing Operations Mark Edelson.

This year, the Iron Hill crew made an impressive showing with 79 people traveling to Denver to wear t-shirts stating “16 Years, So Many Beers” and ring cowbells to cheer on their brewers.  This GABF win is particularly meaningful for Barrar, who extended his winning streak to 11 years and is Iron Hill’s – and the Philadelphia region’s – most decorated brewer, with an astonishing 24 medals from the GABF and the World Beer Cup (WBC). 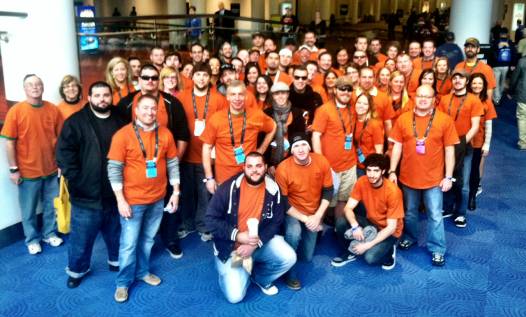 The GABF is an annual event celebrating the best in American brewing culture.  This year’s competition attracted over 49,000 attendees to celebrate more than 2,700 beers (36,500 gallons!) from 578 breweries vying for the 252 medals.  Award-winning brewers received prestigious gold, silver and bronze medals in 84 beer categories, establishing the best examples of each style in the U.S.  For more information, including a complete list of winners, please visit www.gabf.org.

Founded by home brewers Mark Edelson and Kevin Finn and restaurateur Kevin Davies in Newark, DE in 1996, Iron Hill Brewery & Restaurant has blossomed from one restaurant and brewery to nine locations across the mid-Atlantic.  Each is dedicated to producing and serving top-quality hand-crafted beers and cuisine in a warm and hospitable setting, and all are open seven days a week for lunch and dinner.  Their acclaimed beers have accumulated a wealth of awards from the nation’s top beer festivals, and their restaurants have earned more than 100 “Best of” nods from local and national publications.