(WILMINGTON, DE) – On Monday, February 2, the Mid-Atlantic’s best brewpub, Iron Hill Brewery & Restaurant, will debut a new house lineup of fresh craft beers, available on draught and for growler fills, at all 11 locations throughout the Pennsylvania, New Jersey and Delaware region.  Three new styles of beer will be added to the everyday lineup, including:  White Iron Wit, a pale unfiltered Belgian-style wheat beer, light-bodied and very refreshing featuring complex orange and spice flavors;  Ore House IPA, a golden American IPA, with a balanced hop bitterness and wonderful citrus and pine aroma and flavor;  and Witberry, a classic unfiltered Belgian-style wheat beer, brewed with a touch of raspberry and complex orange and spice flavors. 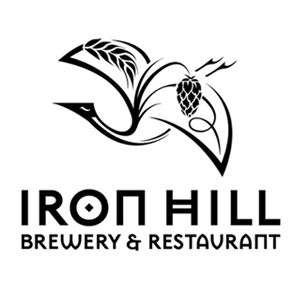 White Iron Wit, Ore House IPA and Witberry will be available all the time and at every Iron Hill location, along with traditional favorites, such as:  Iron Hill Light Lager, a traditional light lager, brewed to give a crisp, clean and refreshing taste with very subtle malt and hop flavor;  Pig Iron Porter, a classic porter, dark and full of roasted malt flavor and well-balanced chocolate notes for slight bitterness;  and  Vienna Red Lager, a European amber lager, medium-bodied with a delicate malt aroma, slight sweetness and clean, crisp finish.

Ore House IPA is the culmination of a company-wide collaboration project between the brewery’s staff and Director of Brewery Operations Mark Edelson after each head brewer was asked to create a different IPA in celebration of National IPA Day in 2014.  Afterward, the beers were sampled, critiqued and eventually voted on, based on the most popular from the brewers’ taste panel.  The result was Ore House IPA, a golden American IPA that combines the best characteristics from the top beers, while paying tribute to Iron Hill’s rich history.  Ore House IPA, first brewed at Iron Hill Maple Shade, is named in honor of Ore House Amber, one of Iron Hill’s original house beers when the brewpub opened in 1996.

“Ore House IPA is an ode to our humble beginnings as a small brewpub in Delaware, but it is also shows how far we have come as a brewery and restaurant as we approach our 20th anniversary,”  says Edelson.  “Watching all of our extremely talented head brewers really let their creativity shine and fully embrace the collaborative spirit of the project, was the most rewarding part – and maybe the most fun I’ve had during my time as head of brewery operations.”

Founded by home brewers Kevin Finn and Mark Edelson and restaurateur Kevin Davies in Newark, DE in 1996, Iron Hill Brewery & Restaurant has blossomed from one restaurant and brewery to 11 locations across the mid-Atlantic.  Each restaurant is dedicated to producing and serving top-quality hand-crafted beers and cuisine in a warm and hospitable setting, and all are open seven days a week for lunch and dinner.  In 2014, Zagat honored Iron Hill by naming them the most popular restaurant in Philadelphia.