(BALTIMORE, MD) – Heavy Seas Beer is excited to announce the first release from its 15 bbl brewhouse in 2019, Joose Cannon, a Hazy Juicy IPA brewed with tangerine. This beer will be exclusively available in the Heavy Seas Taproom at the brewery on March 8, 2019 in 4 packs of 16oz cans and on draft. 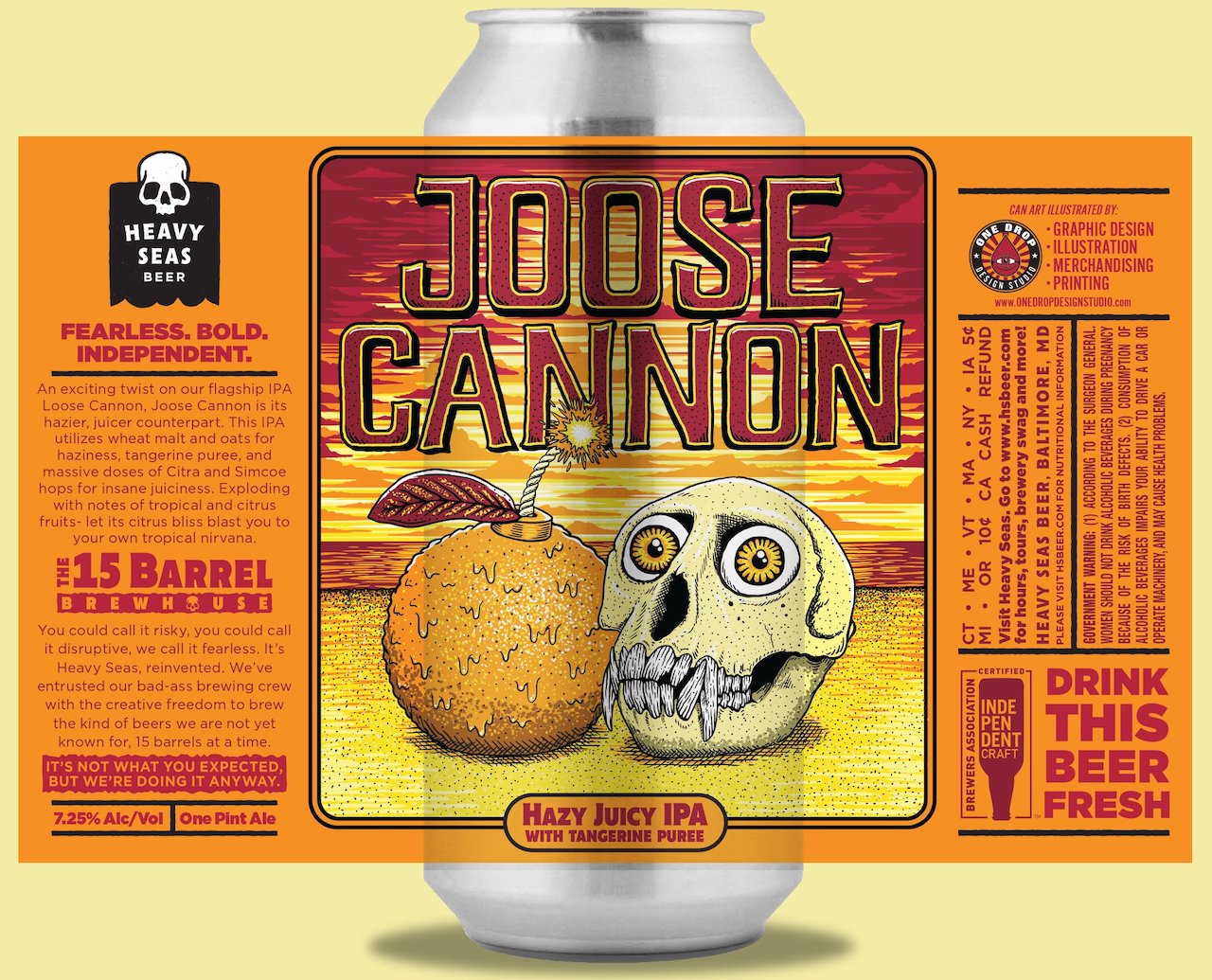 Joose Cannon is an exciting twist on our flagship IPA, Loose Cannon. The beer is hazy from heavy use of oats and wheat. An alternate dry-hopping procedure, along with tangerine puree and massive doses of Citra and Simcoe hops, provide tropical and citrus aromas.

“After developing Citra Cannon, we decided we should take the ‘Juicy IPA’ concept to another level. Thus, Joose Cannon was born,” says Heavy Seas Brewmaster, Christopher Leonard. “I was blown away by the aroma and bright, fresh flavor of the tangerine puree, so incorporating it into Joose Cannon was a no-brainer. We’re having a lot of fun with the releases on the 15 bbl brewhouse so far and I am confident this one will make a lot of people very happy!”

The Joose Cannon label artwork was designed by local Baltimore artist, Owen Murphy, of One Drop Design Studio, who also designed Heavy Seas’ 23 Anniversary beer label this past December. All the taproom exclusive beer labels will be designed by Owen in 2019.