(BALTIMORE, MD) – Heavy Seas Beer is pleased to announce the return of the Alpha Effect, a Hazy IPA. This limited release will be available in February in all states where Heavy Seas beer is distributed. 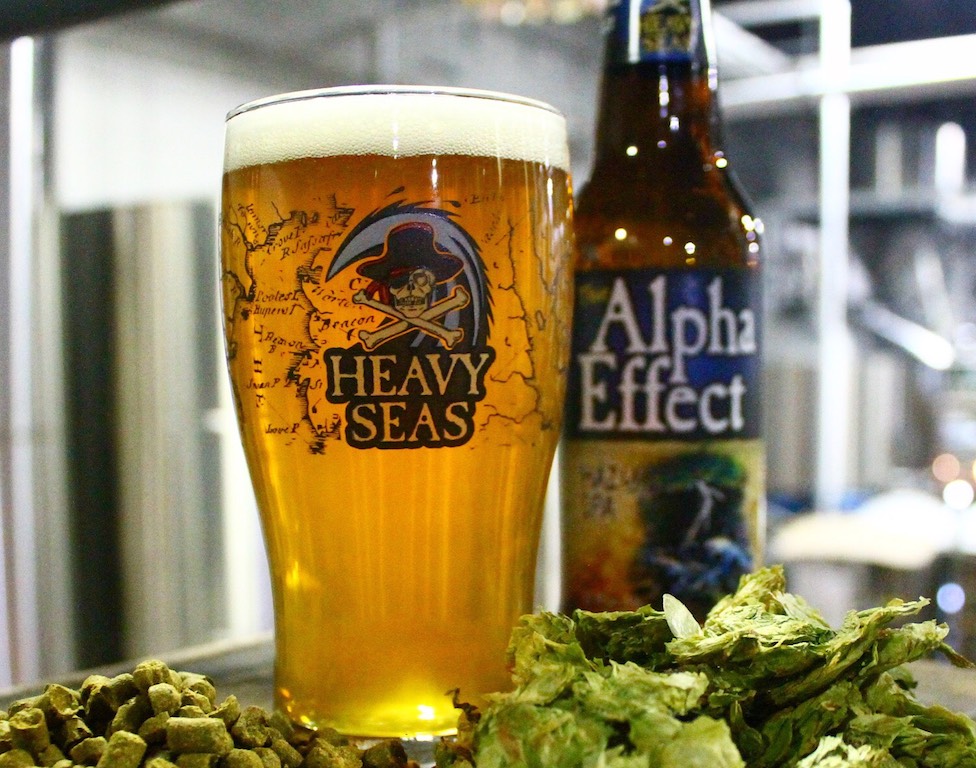 With a lightning strike of exotic hops, the Alpha Effect is a hazy and dank IPA thundering with juicy hop aroma and flavor. With a hefty 7%, the Alpha Effect has enough malt to balance the ridiculous amount of hops we used to create this category 5 monster. Hazy, but never muddy, this is an expertly brewed IPA.

The Alpha Effect (TAE) has been hopped predominantly with Columbus hops. We do not use Columbus hops in any of our other beers, so TAE certainly provides a unique flavor profile within our portfolio. The beer is hazy, with a modest portion of malted wheat in the grist. Straw colored, it has a clean, crisp malt profile. Juicy, resiny, piney hop aromas and flavors are the stars of this show, however. Some Citra and Centennial hops play supporting roles to Columbus’ powerful performance. If you like hops, find The Alpha Effect. You won’t be disappointed!