(REDLANDS, CA) – A perfect summertime refresher, with its marriage of fruit-like tartness and sweetness, the Hangar 24 10th Anniversary Sorbet Gose has been so well received that it will have wider distribution starting this week in four packs of 16-ounce cans. 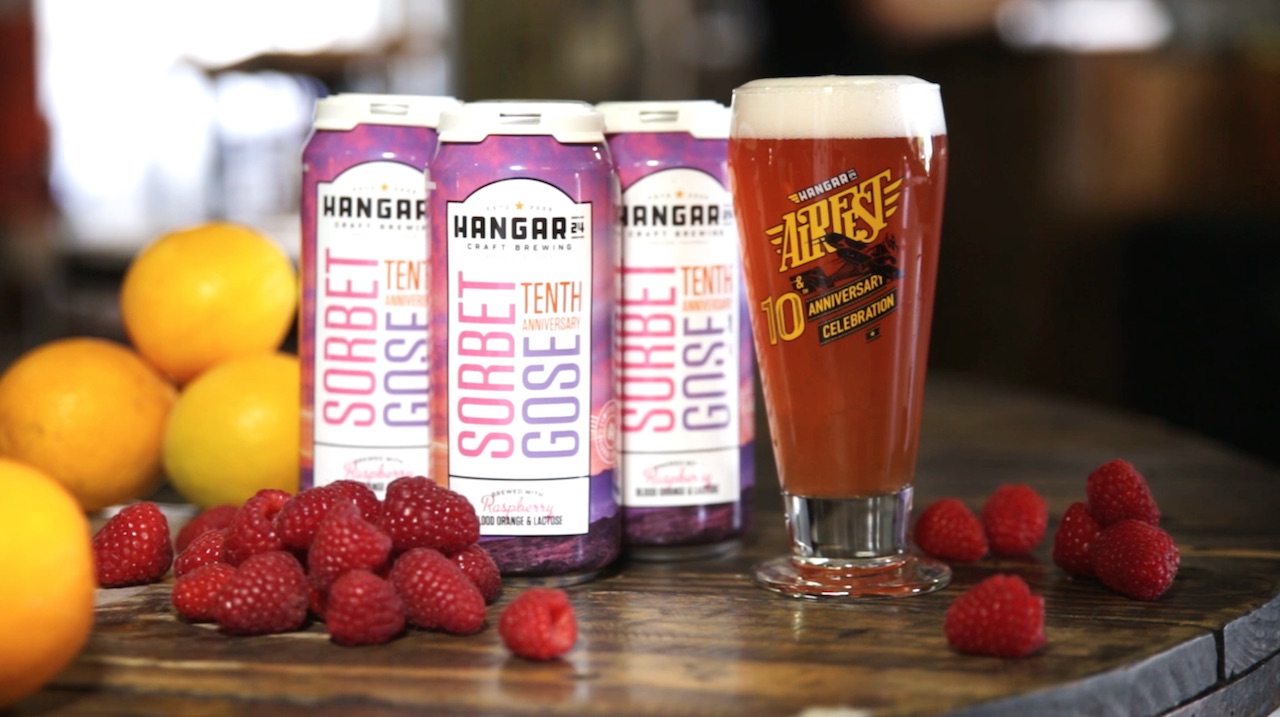 Starting this week, four-pack, 16-ounce cans of 10th Anniversary Sorbet Gose will be available in select retail locations. It is scheduled to be release at the Redlands Taproom, in the new walk-up cooler, on Friday, June 29, when the doors open at 11 a.m.

Hangar 24’s 10th year of operation has been an ambitious one. A new core beer, Aventura Mexican Lager, has been wildly popular, while the new L-39 IPA, in the new Formation IPA Series, has garnered instant acclaim. Look for a soon-to-be-announced new beer in the Formation IPA Series in July, as well as more Limited Release beers as the year progresses. There will also be other surprise releases at the Redlands Taproom and the Lake Havasu Brewery & Grill as our year-long celebration of our first decade continues.