(Chicago, IL) – We’ve experimented with bacteria and wild yeast since the early days, but it wasn’t until we opened our second brewery two years ago that we were able to begin the kind of wild program we wanted for Half Acre. 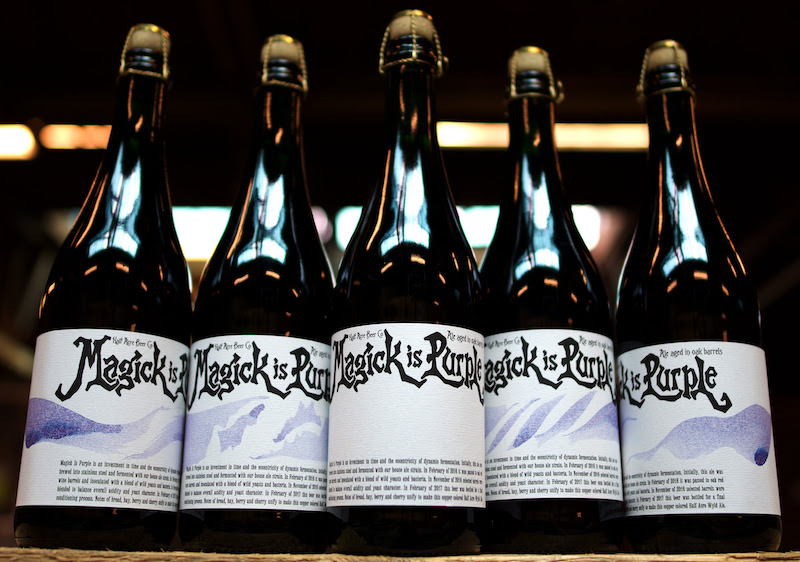 The second facility allowed us to decrease brewing at our original brewery and transform the room that used to house our canning line into the Wyld Cove, an isolated area with temperature control, dedicated equipment and time spent.

The aim for this program is to be very selective and work without the functional constraints placed on the rest of our brewing volume – to methodically allow creative themes to naturally develop over time.

On April 28th, the first beer from this program will be available in our shop and tap room.

Magick is Purple was initially brewed into stainless steel in February of 2016. It was then passed into oak red wine barrels and inoculated with a blend of wild yeasts and bacteria. In November of that year, selected barrels were blended to balance overall acidity and yeast character. In February of 2017 it was bottled for a final conditioning process. It’s copper in color and carries notes of bread, hay, berry and cherry.

About a quarter of the bottles being released have labels that were hand painted by Gabriel, one of Half Acre’s co-creators. You can expect the first 500+ bottles to be treated this way.

These beers represent an additional space for the creative minds in our brewery. Allowing us to continually engage the process of making beer.