(Chicago, IL) – Half Acre Beer announces one more special beer release to finish off 2016 strong. Read about the format, how to get it and how much you can purchase. 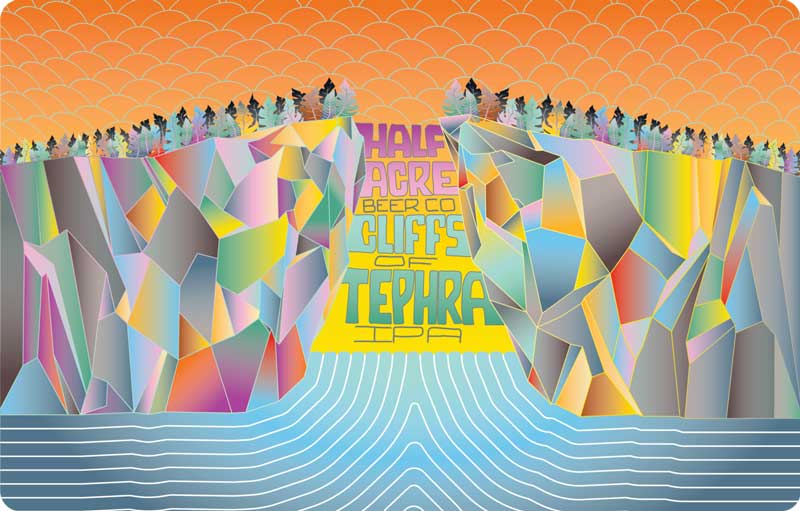 Before 2016 is finally called off, we wanted to get in one final release.

We’ve been committed to canning beer for some time now.  We’ve also been committed to 22oz bombers for most of our special release offerings. We first labeled blank cans in 2010, but moved back to 22’s because we’re stubborn humans.  Since then, our filler has only gotten more ancient and the national landscape has shifted to usher traditional bomber practices into the land of Valhalla.  We’ve decided to turn to the sun and again begin to use our canning line for certain special release beers.  Giant liquids and mixed ferm beers will still hit large format glass.  Sub 10% abv rippers that typically lean toward hops will get packed in cans.  You’ll see some in full print wonder and some labeled.  All will course through the hands of our technically savage packaging squad in the canning sanctuary.

The first of this kind will be Cliffs Of Tephra, an IPA pulling inspiration from the volcanic episodes around the world.  It’s being released next Friday, December 16th, more info to come.