(San Diego, CA) – Today, Green Flash Brewing Co. announces the release of the second limited and rare beer in their Cellar 3 Barrelmaster’s Reserve series, Ochre Frumento. Ochre Frumento is a Barley Wine that has been aged for a combined total of 6-years in brandy and then bourbon barrels, and has the highest ABV of any Green Flash beer ever released at 17.5%. Only 600 of the bottles have been produced and they will be sold on a first come, first served basis at Cellar 3 on September 17th, with a limit of 2 bottles per person. Due to the limited release nature of the bottles in the series, the Barrelmaster’s Reserve offerings are the most collectable beers in the Green Flash portfolio. Barrelmaster, Pat Korn released the first beer in the Barrelmaster’s Reserve series, Lustrous Frumento with Coffee at the Cellar 3 anniversary event earlier this year, and the beer sold out in just a few hours. 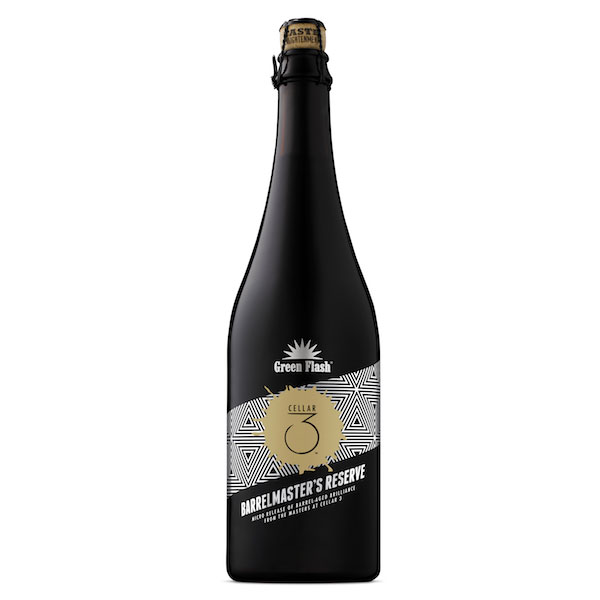 Ochre Frumento is the second “micro release” bottle to debut as part of the Barrelmaster’s Reserve series. Their original California-influenced Barley Wine was first aged in brandy barrels, then transferred to bourbon barrels, for a combined total of over 6 years.

At 17.5% ABV, this beer is uniquely gluttonous and truly complex. Having drawn color from the barrel, it pours a deep brown, reminiscent of a Tawny port, and presents an aroma that is sharp and spirit-barrel forward. Prominent flavors of toffee and caramel envelop the palate, and supporting notes of ripened stone fruits with nutty complexity unfold through the finish.

Ochre Frumento will be available on September 17th exclusively in the Cellar 3 tasting room on a first-come, first-served basis with a two bottle limit per person. Each bottle will retail for $24. 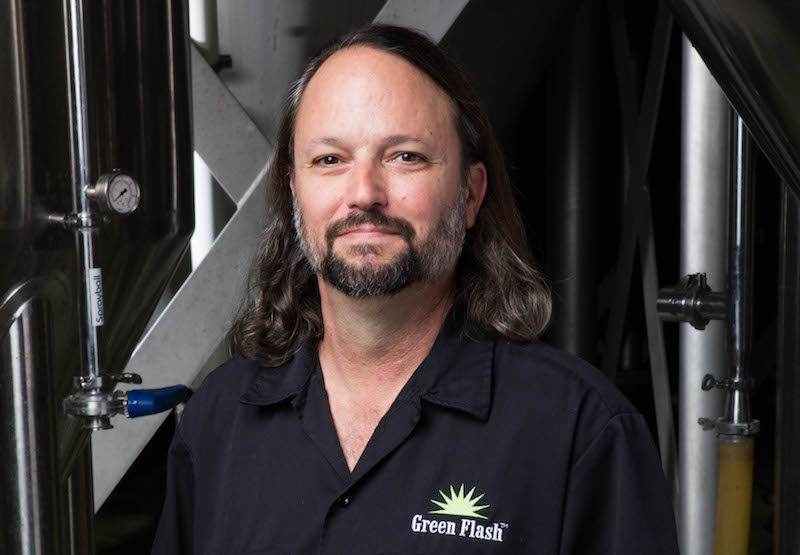 Originally from San Francisco, Pat developed a solid foundation as cellarman with a winery in Northern California where he assisted the winemaker in every facet of production and in the vineyards. He moved to San Diego in the early 90s, and transitioned into brewing, working with Karl Strauss and La Jolla Brewhouse. A longtime friend and admirer of Green Flash, Pat joined the brewing team in 2010 while the company was expanding from small brewhouse in Vista to their current headquarters in Mira Mesa. While he has focused on all areas of production at Green Flash, he developed a special interest in the brewery’s burgeoning barrel program almost immediately. Pat officially took on the role of Barrelmaster last year, and has been instrumental in getting the Cellar 3 program off the ground. He is committed to taking a craft that is inherently random and working to produce a consistently great product that tastes the same whether you are in the tasting room or across the country.

Green Flash Brewing Co. is located in San Diego, California, and was established in 2002 by co-founders Mike and Lisa Hinkley. Brewmaster, Erik Jensen, leads brewing operations. Green Flash is an award-winning brewer of fine, craft ales, and specializes in brewing assertive and distinctive beers, such as nationally acclaimed West Coast I.P.A.: an award-winning beer whose wide acceptance has helped define a category. Green Flash is available in bottles and on draft nationally – offerings include a growing lineup of seasonal and limited release ales, including several barrel-aged beers from their Cellar 3 series. Please visit the Green Flash website www.greenflashbrew.com for more information.