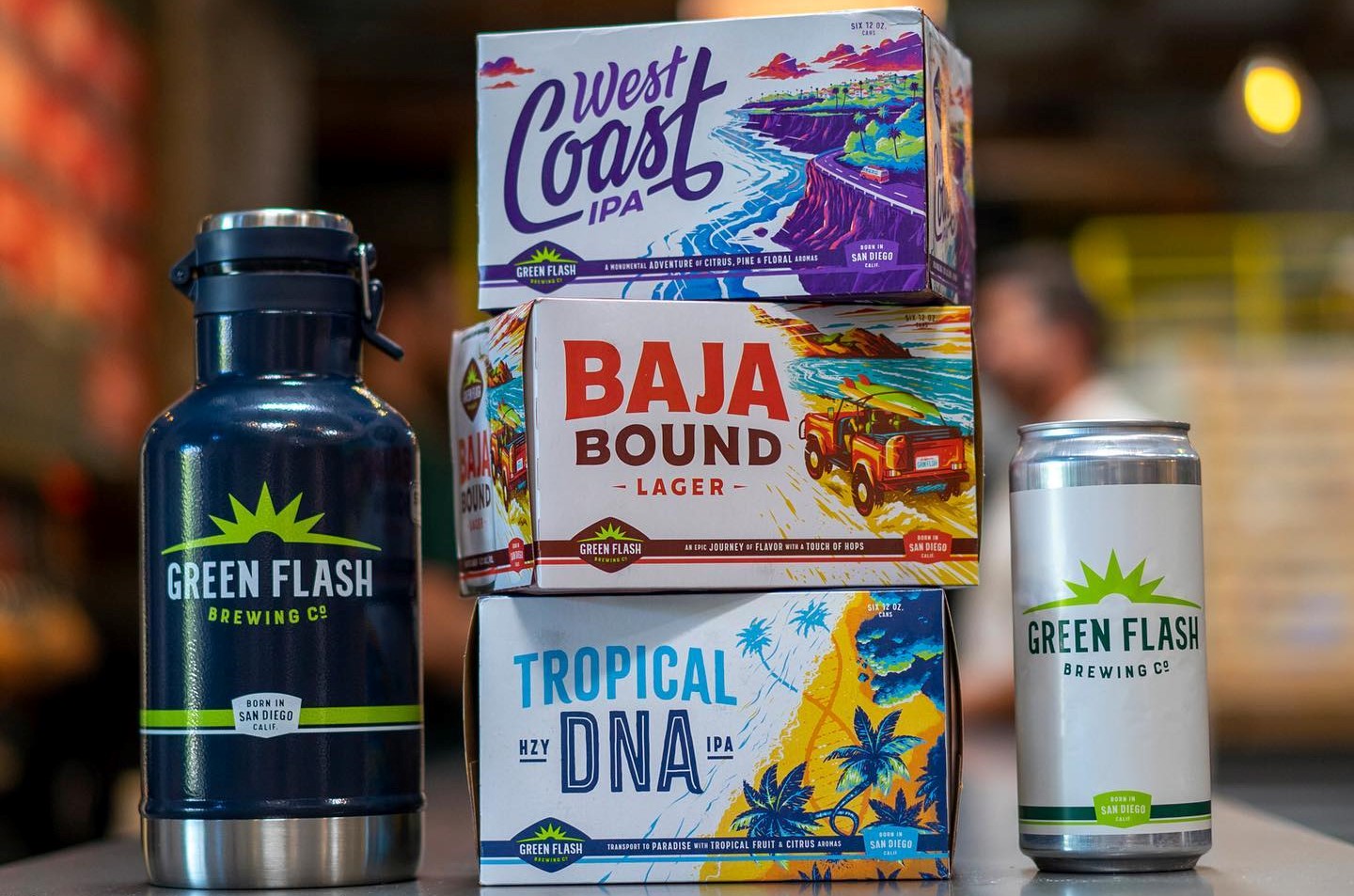 Over the past two weeks, the beer industry has taken a very drastic turn amid the COVID-19 pandemic and subsequent orders for businesses to stop on-premise service and hospitality. In California particularly, pubs, restaurants and tasting rooms were asked to halt service in a state-wide effort to stop the spread of the virus that has yet to be cured or contained in the United States.

Some small breweries in California have been able to quickly scramble from their successful on-premise direct to consumer business model to a very scrappy curbside pickup program, delivery with some even shipping via Golden State Overnight (GSO.) Those who were not in a position to change the way they conduct business seemingly overnight have had to unfortunately layoff staff and shut doors. Depending how long we are in this state of emergency, some breweries may never open their doors again.

In San Diego, we’ve seen Bagby Beer close their doors for the time being, we’ve seen AleSmith Brewing advertise 50% off on regular and specialty kegs and we’ve seen Green Flash Brewing offer 50% off all kegs and growler fills. This past Monday, rumors of trouble at Green Flash Brewing hit Twitter, including some Tweets from longtime trade publication Beer Business Daily that Green Flash began laying off staff.  To put this story into context, Green Flash Brewing has had a tumultuous few years including catapulting into the Brewers Association Top 25 with nationwide presence, closing three destination breweries in California, Virginia and Nebraska, going bankrupts and restructuring back to a humble San Diego brewery that has leaned on their Alpine Beer Co. brand and contract brewing to stay afloat.

We immediately reached out to those on the inside at Green Flash as well as some freshly laid off staff to see what was going on. We were told first hand Monday afternoon that the skeleton crew was told not to start up any new batches of beer and to only finish up what’s in tanks. The main goal is to sell through all inventory. Taking a glance at Green Flash and Alpine’s social media pages points to a complete fire sale. Green Flash is not alone in this, if you spend time cruising brewery pages on Facebook, you will see many in this position.

A few weeks back, Green Flash Brewing hired Bobby Oliver, who was recent casualty of the closed down Melvin Brewing San Diego location, only to be let go this week. We inquired about the Alpine Beer Co. brand, as it’s been the strongest asset Green Flash has owned in the past few years. We were told the pub has been closed down indefinitely. Within hours of this inquiry, head brewer and iconic figurehead of Alpine Beer Co. Shawn Mcilhenney announced on Facebook that he was terminated from his contract with Green Flash Brewing Co. When Green Flash went bankrupt in spring of 2018, as a sign of good will and survival, they kept Shawn on in a major role in order to keep the fallen brand as authentic as possible.

After casually reporting this on Twitter this past Monday, Green Flash Brewing’s Ben Widseth, Vice President of Marketing reached out to us denying the validity of our report. While the have laid off/terminated their most critical brewing staff, they claim they are not finished brewing and are using the term furlough, which would indicate these employees have been given reduced hours and will all return to full time work once the state of California gives favorable guidance in which hospitality based businesses can return to regular operations.

“On Monday, in light of the unprecedented impact that the COVID-19 crisis has had on most facets of the economy, Green Flash was forced to make the very difficult decision to terminate or reduce employee work hours through furloughs.  This impacted a meaningful portion of our staff.  We are continuing to produce our beers and fill orders for our customers, and will reopen our tasting rooms when it is safe and appropriate to do so.”

The disagreement in semantics surrounds whether or not Green Flash has halted brewing production. Time will tell, we wish all the parted employees the best of luck. For the sake of the employees, we hope we are wrong and Ben is right.