(San Diego, CA) – Less than one year after opening doors to their second brewery on the east coast, Green Flash Brewing Co. announces they are expanding into the Midwest and opening a third location in Lincoln, NE. They have purchased a 10,000-square-foot production facility and tasting room with a restaurant in the Nebraska state capital, and will join Lincoln’s burgeoning craft beer community. The new brewery was purchased intact, and Green Flash expects the tasting room, restaurant, and brewhouse to be open and operating by the end of this year. Upon opening, Green Flash will be able to offer fresh beer with regional prices in the Midwest, and will focus on the consumer connection in their Lincoln tasting room. The move reveals Green Flash’s long-term strategy to increase their strength as a national brand by establishing regional footholds in key cities across the United States. 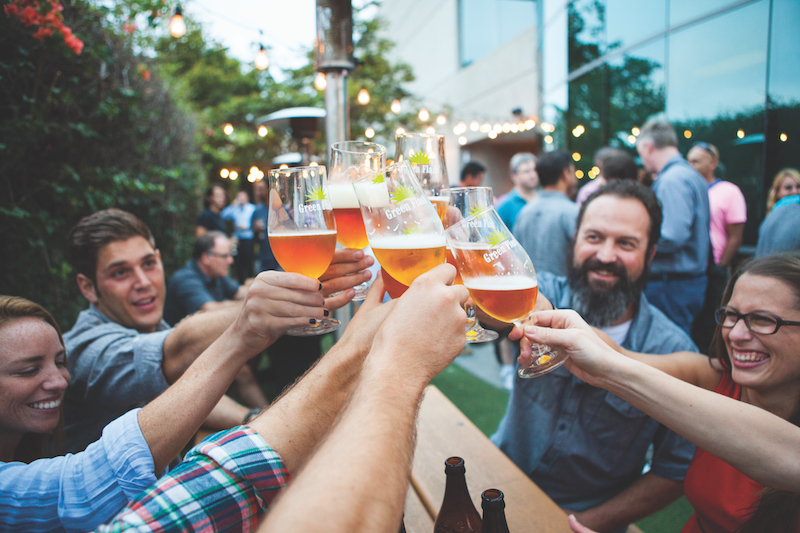 “We hope to become a local favorite in our new Nebraska home,” states Mike Hinkley, Co-Founder of Green Flash Brewing Co. “And we’re excited to be closer to our fans across the Midwest. We’ll be sending them fresher Green Flash beer, and hope they will visit us in Lincoln.”

The turn-key space includes first-class brewing, tasting room, and restaurant equipment. When it is up-and-running, the facility will employ 20-plus locals who will fill roles including front and back of house as well as brewing positions. This will be the first full-scale restaurant venture by Green Flash, and approximately 2,000 square feet of the space will be dedicated to food and beer service for about 100-seats. The menu will include beer pairing suggestions, and feature well-executed, simple dishes with fresh and seasonal ingredients. Most importantly, the tasting room and restaurant location will cater to the needs of the bustling downtown business district and is in walking distance to the University of Nebraska-Lincoln.

“We will strive to offer the best possible guest experience and will cater to the community that surrounds us,” says Dave Adams, Vice President of Retail Operations for Green Flash Brewing Co. “This includes A/V provisions for Huskers sports during the season, allowing those in the immediate area to enjoy fresh Green Flash and Alpine beer both on and off premise.”

From a production standpoint, the new brewery will operate with a 10,000 BBL annual capacity under the direction of Brewmaster, Erik Jensen. In Nebraska, they will focus on brewing both Green Flash and Alpine beers to increase the supply of supply fresh, locally priced beer to the region.

Green Flash will celebrate their 15-year anniversary this fall and is currently available in all 50 states and select international markets.

Green Flash Brewing Co., is headquartered in San Diego, California, and was founded in 2002 by Mike and Lisa Hinkley. Brewmaster, Erik Jensen, leads brewing operations. Green Flash is an award-winning brewer of fine, handcrafted ales, and specializes in brewing assertive and distinctive beers, such as the nationally acclaimed West Coast I.P.A.: an award-winning beer whose wide acceptance has helped define a category. The brewery opened their 2nd full-scale brewing operation and tasting room on the East Coast in Virginia Beach, VA in 2016. Please visit the Green Flash website www.greenflashbrew.com for more information