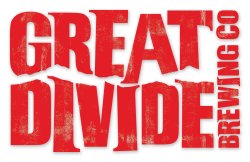 The $1.2 million expansion of the facility (a downtown Denver building that originally served as a dairy-processing plant) took 8 months to complete. It involved demolition and expansion of the space, construction of additional refrigerated storage, and installation of a new bottling line.

The most important benefit of the new line is its technology for minimizing oxygen pickup in the beer during filling. The much lower oxygen content in the bottled beer provides substantially increased flavor stability and a much longer shelf life.

The new line also has an inkjet coder that will clearly print the bottling date on each label. The dating continues Great Divide’s efforts to educate beer drinkers about the importance of fresh beer.

The new line uses bulk glass, flat six-pack carriers, and case boxes that are opened and loaded automatically. These features eliminate a great deal of the non-automated effort that was needed with the previous bottling system. They also provide the brewery with greater flexibility than the prior system of purchasing glass in already built-up cases.

“This is a giant step forward for our brewery’s packaging system,” says Great Divide founder Brian Dunn. “It’s much better for the beer and our customers. It cuts out a great deal of manual labor, speeds up our packing rates, and makes us much more fast and flexible when it comes to packaging the wide variety of styles that we brew.”

Great Divide also increased cooler storage by 50% to handle the increased capacity of the bottling line.

In conjunction with the expansion, the brewery is releasing brand-new art for all of its labels, six-pack carriers, cases and tap handles. Great Divide beers with the new packaging will be released the week of September 8, 2008.

“The new artwork better reflects what we are: a 14-year-old downtown Denver brewery making great beer and having fun doing it. Our new labels have a classic, time-worn look to them, with a bit of a beer-city feel” said Dunn. The labels list various honors for Great Divide’s beers, as well as food pairings for each beer.

With the completion of the expansion, Great Divide is also making Hades (a Belgian-style strong golden ale) a member of the brewery’s year-round sixpack lineup. Hades was originally released in 2007 as a 22-ounce seasonal beer.

“We have a lot of new things happening right now,” Dunn says excitedly. “But I’m most excited about having Hades around throughout the year. I love that beer.”

Great Divide is one of the most decorated microbreweries in the US. The brewery has seven placements in the current Best of Beer Advocate “Top Beers” rankings. Three Great Divide beers were chosen to Ratebeer.com’s 2007 “The Best Beers in the World” list, which ranked the globe’s top 100 beers.

Great Divide is ranked 14th in Ratebeer.com’s 2008 “The Best Brewers in the World” rankings (of the top 100 breweries) and the craft brewery has won 12 medals at the Great American Beer Festival, held each year in Denver, Colorado.

In 2003, the brewery was one of craft beer’s first to defy the mainstream and expand its focus to bigger, more assertive beers that reflected the original spirit of the company. The move to more challenging beers has helped Great Divide grow 45% to 8,760 barrels of beer production in 2007.

In 1994, Great Divide set up shop in an abandoned dairy/yogurt plant on the north edge of downtown Denver. The company has expanded several times at that location. The Great Divide Tap Room is a hit with local beer lovers and Denver visitors.