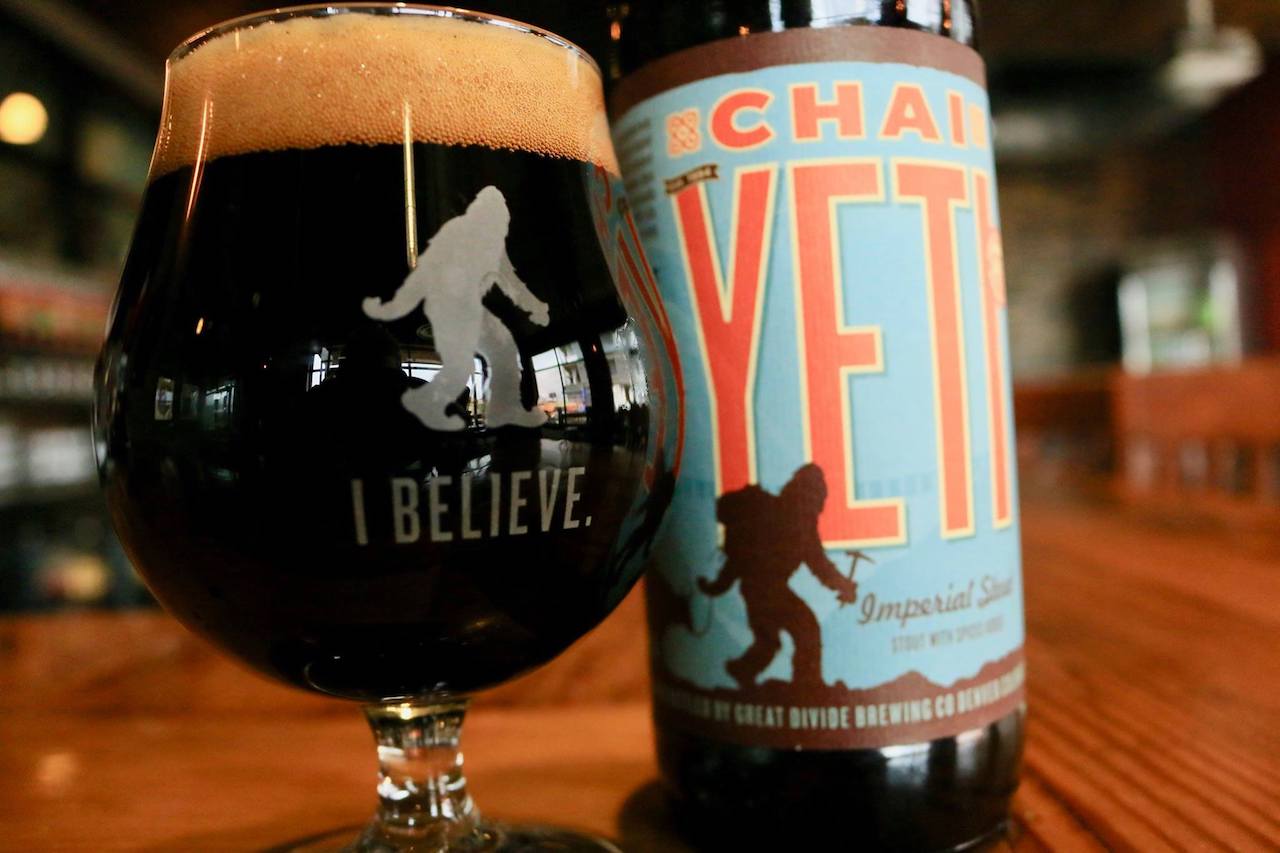 The Himalayan-inspired Chai Yeti, at 9.5 percent ABV, comes back for a second year to delight taste buds. Traditional Chai spices of cinnamon, green cardamom, black pepper, ginger, nutmeg, and vanilla blend seamlessly with Yeti’s rich, roasted malt backbone for a spicy beast fit to tackle Everest. This limited release is available September – December in 22-oz bottles at both Great Divide locations as well as within the brewery’s distribution footprint.

“Chai Yeti pays homage to the birthplace of the Yeti mythology,” said Brian Dunn of Great Divide. “You’ll notice that the chai spices really come through making it the perfect winter warmer for the colder months ahead.”

Featuring all Colorado ingredients, Fresh Hop is a labor of love meant to be enjoyed immediately. Brewed with wet, whole cone Cascade hops from Colorado’s own High Wire Hop farm, this pale ale uses malt locally sourced from Proximity Malt in Monte Vista, and yeast from the Brewing Science Institute near Colorado Springs. Savor this Fresh Hop pale ale, ripe with grassy, citrus hop brilliance, during harvest season as soon as you can. This seasonal is available September – November in 6-pack cans and on draft at both Great Divide locations as well as within the brewery’s distribution footprint, and comes in at 6.1 percent ABV

Hibernation Ale, an English-style old ale, has been Great Divide’s celebrated winter tradition since 1995. This robust, dry-hopped ale has a malty richness balanced with a complex hop profile and hearty, warming character. This seasonal is available October – December in 6-pack cans and draft at both Great Divide locations as well as within the brewery’s distribution footprint, and comes in at 8.7 percent ABV.

Barrel Aged Yeti, the brewery’s unique version of its monstrous Yeti Imperial Stout is aged for at least 12 months in whiskey barrels and comes in at 12.5 percent ABV. The spirited aging process produces a hugely complex, but mellowed Yeti, with its signature roasted flavors, hints of vanilla and oak, and a whiskeyed finish. This seasonal Yeti is available November – December in 12-oz bottles at both Great Divide locations as well as within the brewery’s distribution footprint.

The Pack of Yetis, a perfect gift for any Yeti enthusiast, will be available October – December. Every pack contains three unique beasts which can be any combination of Chocolate Oak Aged Yeti, Vanilla Oak Aged Yeti or Chai Yeti and includes a Yeti carabiner mug. Packs are available for purchase at both Great Divide locations and wherever Great Divide is distributed

“This mixed pack features the best of the best, a trifecta of Yeti, making it the perfect hostess or holiday gift to pair with dinner,” said Dunn.

Founded in 1994, Great Divide Brewing Company is one of the most decorated breweries in America, recognized for brewing some of the globe’s most balanced yet assertive and flavorful beers. These beers have landed an impressive amount of acclaim, earning 18 Great American Beer Festival Medals, five World Beer Cup Awards and 14 spots on Beer Advocate’s “Top Rated Beers: Colorado” (2015). Here at Great Divide, Bold Character isn’t just a catchphrase. It’s the philosophy behind what we brew, how we think and what we believe. For more information visit www.greatdivide.com.