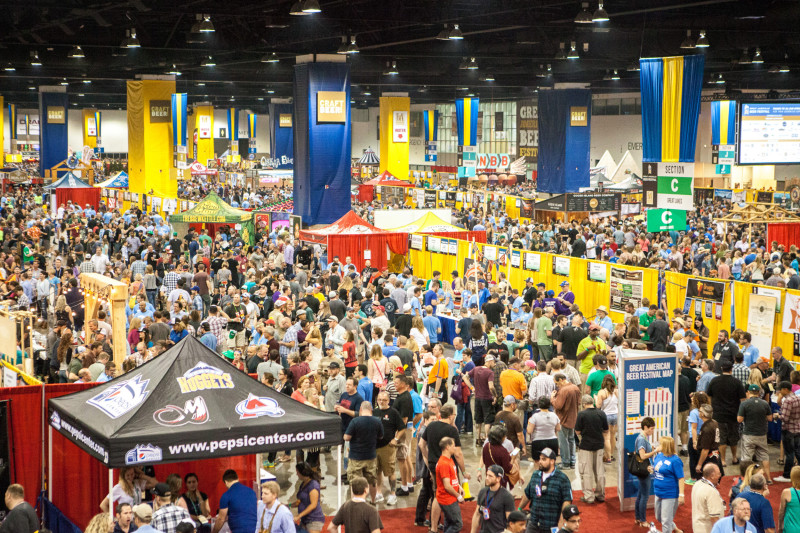 What:  For the 35th year in a row, beer lovers will gather in Colorado at theGreat American Beer Festival (GABF), the premier beer festival and competition in the U.S. With 379,000 square feet in the tasting hall, an anticipated 60,000 attendees will have the opportunity to sample some 3,800 beers from more than 800 breweries.

Why:  GABF has been bringing exceptional brewers and beer lovers together since 1982. Evolving with the booming craft beer industry and keeping up with Americans’ desire to tap into indie beer, GABF is now the single largest ticketed beer festival and event with the biggest selection of beers in the U.S. Attendees have an opportunity to try a varied assortment of beers from all corners of the country and experience the eclectic U.S. beer community. Coupled with a private competition and awards ceremony, the overall event showcases the U.S. as the greatest and most diverse brewing destination on the planet.

Members-Only Session tickets are $65 each, with a two ticket limit per member number.

General Session tickets are $80 public/$75 members (if purchased during the members only sale on August 2) and include:

Note: Due to limited availability, GABF General Session ticket sales are capped at four tickets per session per ticket buyer.

Additional ticket information can be found on the GABF website.

2016 Sponsors:  GABF is made possible by the support of generous sponsors.

The Brewers Association is the not-for-profit trade association dedicated to small and independent American brewers, their beers and the community of brewing enthusiasts. The Brewers Association (BA) represents more than 70 percent of the brewing industry, and its members make more than 99 percent of the beer brewed in the U.S. The BA organizes events including the World Beer CupSM, Great American Beer Festival®, Craft Brewers Conference & BrewExpo America®, SAVOR℠: An American Craft Beer & Food Experience, Homebrew Con, National Homebrew Competition and American Craft Beer Week®. The BA publishes The New Brewer magazine and its Brewers Publications division is the largest publisher of contemporary and relevant brewing literature for today’s craft brewers and homebrewers.