Against the Grain Releases IPA Way Bigger than Upland’s

(Louisville, KY) – Against the Grain Brewing’s Overcompensation Double IPA is just the latest notch in our belt of big beers, but one of the very first for Upland Brewing. We thought we’d give them a chance to try and catch up by going head to head with us in an IPA brew off. It’s pretty clear who’s packing more hops, and who’s *cough* overcompensating. 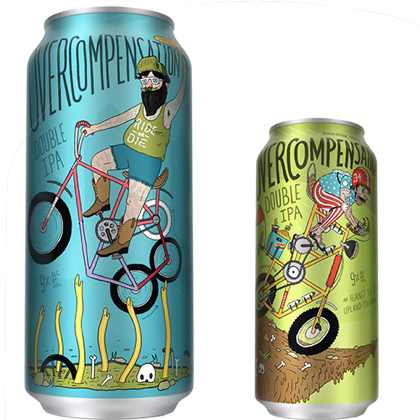 We don’t need to tell you that our IPA is bigger than Upland’s; you know who we are, and you know what we do. Upland thought they could strap on their Chacos, jump on their fixed gear bikes and beat us. But, no surprise, they ended up peddling twice as hard just to go half the distance.

“Literally everything we do is better than them,” said Sam Cruz, Against the Grain Visionary. “Everyone knows that we’re better. I mean even the Bloomington Herald knows.”

Not sure if Upland knows though. “This collaboration with our friends at AtG has been one hell of a ride,” said Pete Batule, VP of Brewery Operations at Upland. “Going toe-to-toe making a better, bolder, IPA has pushed us to use an unconventional amount of hops. I recently got to try Against the Grain’s version. I wouldn’t call it a big IPA, but it’s a good size.”

Our version of Overcompensation IPA is heady, hoppy, and that’s right Pete, big. Just like all of our other beers, it’s the best thing we’ve ever made. Our DIPA has an enormous ABV of 10%, while Upland’s is barely even above 9.9%.

We didn’t have to make a recipe, this comes so naturally we can do it in our sleep. “We just put hops into it,” said Cruz. “Our hops are better. We just get them from better places. What else can I say? We’re just better.”

Our superior liquid, and Upland’s mediocre imitation, will be hitting shelves in Kentucky and Indiana this Halloween weekend. Get a 4-pack of our Overcompensation Double IPA, and sure, maybe a pack of theirs just to see who’s really trying too hard. 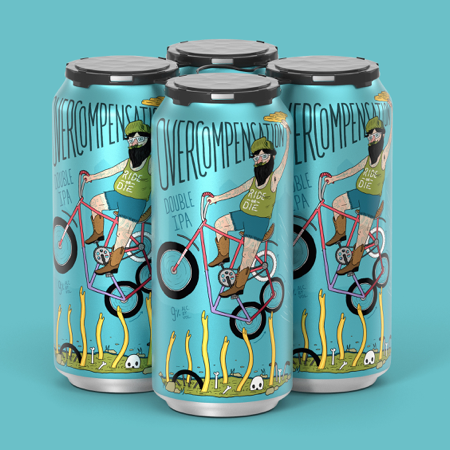