Commentary: For the past few years, a strong rumor has been coming out of Florida is that Oakland Park’s Funky Buddha Brewery was close to closing a deal with a large beer conglomerate. As of a few weeks ago, The Full Pint learned that it was not ABI that wanted to acquire Funky Buddha, but the brand that purchased Ballast Point Brewing in 2015, Constellation Brands. When we reached out to Constellation’s PR department, we were given a really weirdly worded “we can’t comment on things that haven’t been announced yet.” When we reached out to John Linn, head of marketing at Funky Buddha, with the very strong suspicion, he assured us this was an ongoing rumor, there was nothing to it, and that there was a lot of competitive jealousy in their local market that was the catalyst of this rumor. Well played John. We hear that while this deal was all but done, Constellation wanted to let the dust settle from the PR nightmares from earlier this summer (Wicked Weed, RateBeer) before pulling the trigger. Many within the Florida beer sales field shared signs of this sale stating Funky Buddha put a few coats of lipstick on themselves and began popping up everywhere including gas stations. Should The Full Pint continue their wild ways and report these things earlier? Let us know. Here’s the press release from STZ and STZ.B. 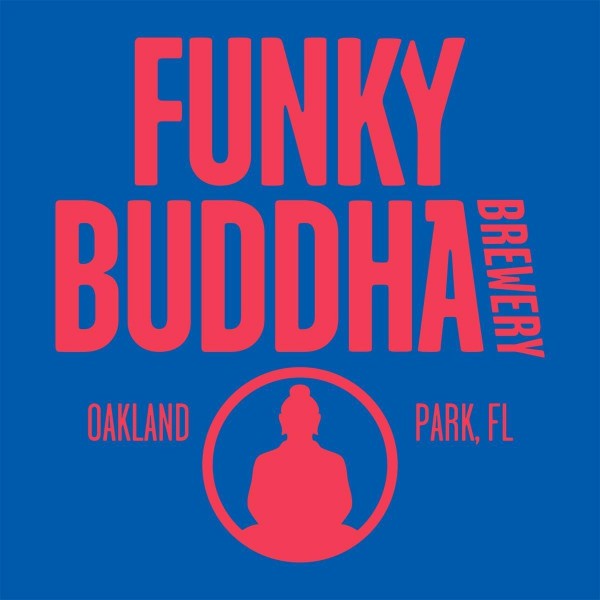 Funky Buddha Lounge & Brewery was founded in 2010 in Boca Raton, Florida, by husband and wife Ryan and Giani Sentz. As the demand for Funky Buddha’s beers skyrocketed, Ryan and Giani invited Ryan’s brother KC Sentz, and his wife Melissa Sentz, to join the business. In 2013, the Sentz family started Funky Buddha Brewery, located in the heart of Oakland Park’s burgeoning Culinary Arts District. At 54,000 sq ft and with a capacity of 45,000 BBLs, Funky Buddha Brewery is South Florida’s largest craft microbrewery by size and volume, and is Florida’s busiest tap room by beer sales.

“We chose to partner with Constellation because we saw an alignment in vision and felt they gave us the greatest opportunity for growth and development,” said Funky Buddha Head Brewer and President Ryan Sentz. “Constellation and Funky Buddha share a lot of the same ideals and passion for philanthropy, entrepreneurship and the art of craft beer. At the end of the day, we just really like the people we have met within the organization, each of whom share our dedication to making outstanding beer.”

2016 was a breakout year for Funky Buddha Brewery, receiving five gold medals in RateBeer’s Best Awards. When it came to the Best Beers by Style, they dominated the Imperial Porter category with three gold medals for Morning Wood, Wide Awake It’s Morning, and Last Buffalo in the Park. Maple Bacon Coffee Porter and Last Snow Coconut Coffee Porter both received gold medals in the Best Beers by Style Porter category. Maple Bacon Coffee Porter also was a Winner of the World Beer Cup 2016 Gold Medal in the Specialty Beer category. And as the engine behind these high-quality beers, the Funky Buddha team was recognized by placing in the Top 100 Brewers category.

“Adding a fantastic regional brand such as Funky Buddha to our craft beer portfolio, along with Ballast Point, advances our strategy in continuing to lead the high-end beer segment,” said Paul Hetterich, executive vice president and president of the beer division at Constellation Brands. “The Sentz family has created a culture of bold creativity, innovation and entrepreneurship. Those qualities, combined with our beer division’s market reach, distributor partnerships, consumer insights, and our craft expertise within Ballast Point, will help nurture and develop Funky Buddha’s distinctive brand.”
Constellation Brands and Funky Buddha Brewery’s team of employees will continue to work together, with Ryan and KC Sentz running the day-to-day operations. Funky Buddha’s standard of brewing will remain unchanged, delivering the same culinary-style, creative beer consumers and craft beer enthusiasts celebrate today.

About Constellation Brands
Constellation Brands (NYSE: STZ and STZ.B), a Fortune 500® company, is a leading international producer and marketer of beer, wine and spirits with operations in the U.S., Mexico, New Zealand, Italy and Canada. Constellation is the No. 3 beer company in the U.S. with high-end, iconic imported brands such as Corona Extra, Corona Light, Modelo Especial, Modelo Negra and Pacifico. The company’s beer portfolio also includes Ballast Point, one of the most awarded craft brewers in the U.S. In addition, Constellation is the world leader in premium wine, selling great brands that people love, including Robert Mondavi, Clos du Bois, Kim Crawford, Meiomi, Mark West, Franciscan Estate, Ruffino and The Prisoner. The company’s premium spirits brands include SVEDKA Vodka, Casa Noble Tequila and High West Whiskey.
Based in Victor, N.Y., the company believes that industry leadership involves a commitment to brand building, our trade partners, the environment, our investors and to consumers around the world who choose our products when celebrating big moments or enjoying quiet ones. Founded in 1945, Constellation has grown to become a significant player in the beverage alcohol industry with more than 100 brands in its portfolio, about 40 wineries, breweries and distilleries, and approximately 9,000 talented employees. We express our company vision: to elevate life with every glass raised. To learn more, visit www.cbrands.com.

About Funky Buddha
Founded in 2010 in Boca Raton, Florida, Funky Buddha Brewery® is committed to producing bold craft beers that marry culinary-inspired ingredients with time-honored technique. Its lineup includes year-round brews Floridian Hefeweizen and Hop Gun IPA, along with specialty releases such as Last Snow and the highly sought after Maple Bacon Coffee Porter. Its Oakland Park production brewery opened in June 2013 and distributes draught and bottled beer to retail outlets throughout Florida.

In addition to risks associated with ordinary business operations, the forward-looking statements contained in this news release are subject to other risks and uncertainties disclosed from time to time in Constellation Brands, Inc.’s filings with the Securities and Exchange Commission, including its Annual Report on Form 10-K for the fiscal year ended Feb. 28, 2017, which could cause actual future performance to differ from current expectations.