(FORT COLLINS, CO) — Funkwerks joins The Windy City’s bustling beer scene this week with the addition of the Chicagoland area to its distribution footprint via Windy City Distributing and a series of launch events throughout Chicagoland. This announcement comes after Funkwerks’ additions of Ohio and Kentucky to its footprint earlier this month, bringing the count of states lucky to serve Funkwerks beer up to eleven. 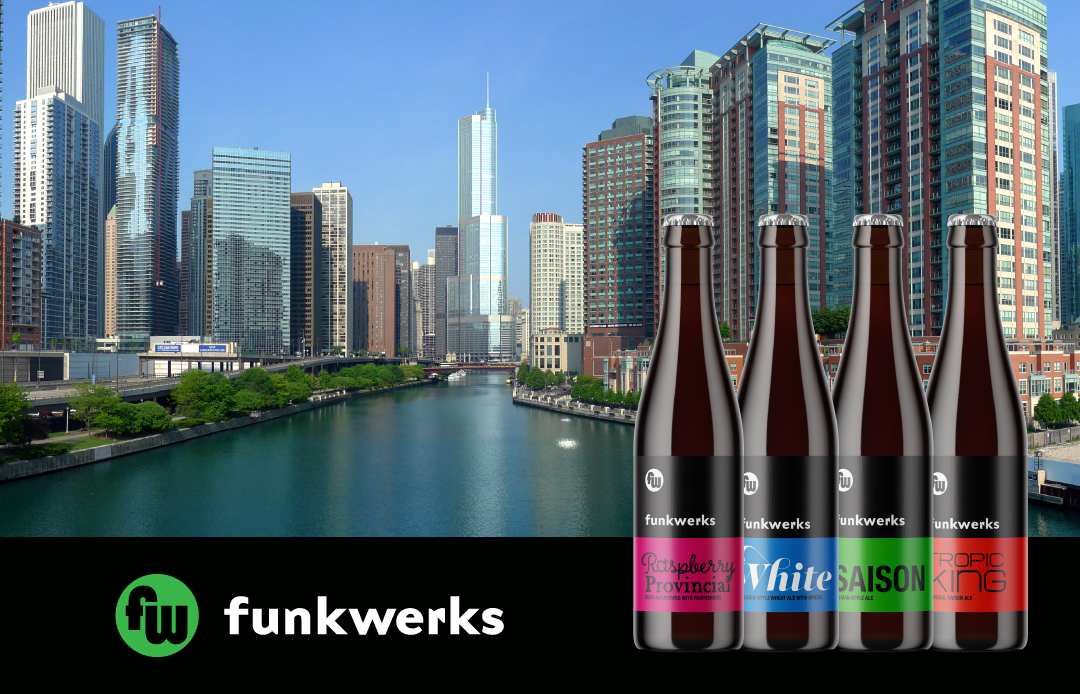 Draft and 6-packs offerings of Funkwerks select year-round beers— Funkwerks Saison, Tropic King, and Raspberry Provincial— will be available in select, craft-centric establishments in the Chicagoland area along with the brewery’s newly released White 6-packs and their newest rendition of Winky’s Snack Packs that include Saison, Raspberry Provincial, and limited boutique releases, Miho, and Passion Fruit Provincial.

In addition to housing a thriving craft beer scene, Chicago is credited with bringing Funkwerks’ founders Brad Lincoln and Gordon Shuck together while studying brewing at the Siebel Institute of Technology. “If it weren’t for Chicago, we wouldn’t have Funkwerks at all! We are excited to bring Funkwerks beer to the city that started it all,” explains Gordon Schuck.

Funkwerks plan is to align their distribution footprint with their partners, Brooklyn and 21st Amendment, who currently distribute to Chicagoland. “We are looking forward to working with Windy City Distributing Company and we are excited to share our saisons and our light, tart, kettle sours to many different palates in the area”  said Brad Lincoln, Co-founder and President of Funkwerks.

Contact Emily Hutto at [email protected] with any media inquiries about Funkwerks.

Founded in 2009 by brewers Gordon Schuck and Brad Lincoln, Funkwerks is a specialty craft brewery specializing in Saison, Sour, and Belgian-style craft beers made in their small brewery in Fort Collins, Colorado. The 2012 winner of the Small Brewery of the Year Award at the Great American Beer Festival, Funkwerks beers are available in 13 US states. Find the brewery online at funkwerks.com.