(Minneapolis, MN) – Minnesota’s Fulton Beer is excited to announce that it has expanded its distribution to Kansas, adding to its already impressive Midwest offerings in Minnesota, Wisconsin, Iowa, North Dakota and South Dakota. Fulton is equally excited to announce that in the coming weeks its beer will be arriving in New York, with Florida and Pennsylvania soon to follow. 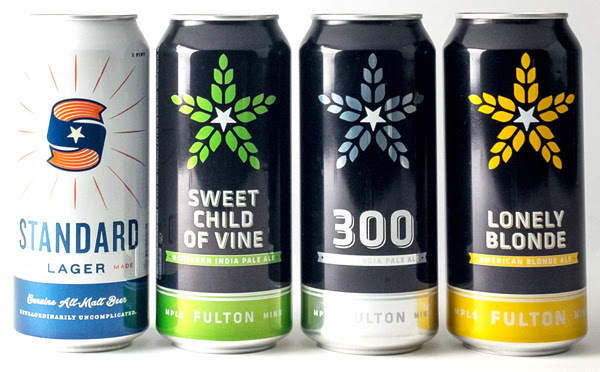 The brewery’s successful Kansas debut was made possible by Artisanal Imports, which acts as its sales, marketing and compliance partner. Wholesale distributor World Wide Beverage (WWB), which identified strongly with the Fulton brand, has come aboard as its distribution partner in the state.

“Of the markets that our partners at Artisanal Imports presented to, World Wide Beverage showed a very strong interest in partnering with our brand, which makes sense,” said Corey Shovein, Fulton’s National Sales Director. “We’re a Midwest brewery. And as we found out while we were there, Kansas has plenty of Minnesota connections.”

Lanny Hoff, SVP – Brands Manager of Artisanal Imports adds, “Fulton is making some of the best beer in the Midwest, bar none. Artisanal Imports is excited and proud to help expose more thirsty beer lovers to these great, drinkable beers. I’m a huge fan of the look and feel of the packaging and you will never find nicer, more down-to-earth owners. These are great people making great beer and we are delighted to be a part of Fulton’s success.”

Fulton now offers many of its year-round staples to Kansas, along with seasonal offerings and special releases. These include year-round selections – 300 Mosaic IPA, Standard Lager, Sweet Child Of Vine and Lonely Blonde Ale in 16-ounce 4-packs and draft, with Hopstar NE Session IPA soon to follow.

The first limited release will be Specter NE IPA in October, along with choices from Fulton’s Culture Project Series in 750ml bottles and a variety of one-off drafts.

“It takes a lot of behind the scenes action to pull these off successfully for all parties,” Shovein continues. “Communication between Artisanal Imports, Fulton and WWB is very important to make the launch as seamless as possible. It takes an army of patient people to get your brand rolling in another market. And once you’re there – what’s next? How are we going to work together to give our brand presence in their market?”

Along with communication, a successful rollout requires knowledge of the home turf. Shovein expects that new palates will result in different sales than in Fulton’s home market of Minnesota, where Lonely Blonde Ale reigns as the company’s top brand. Further south, its hoppy lineup may climb the bine towards the top position.

“The major difference is, that Lonely Blonde Ale might not shake out as our #1 brand in Kansas as it does in Minnesota and most of our other markets. Our IPA lineup of 300 Mosaic IPA, Hopstar NE Session IPA and Sweet Child Of Vine IPA will have a stronger presence in their market. Standard Lager’s quality, price point and approach-ability will certainly help it stand out in the Kansas beer scene too.”

About Fulton Beer: Fulton Beer was founded by four homebrewers in a Southwest Minneapolis garage in 2009 with the mantra “Ordinary Guys Brewing Extraordinary Beer.” Since then, it has become one of the fastest growing breweries in the Midwest. In 2012, Fulton opened its first taproom in Minneapolis, which offers an ever-changing tap selection as well as house-brewed non-alcoholic soda. It commissioned its second brewery in 2014, a 51,000-square foot facility in Northeast Minneapolis. Fulton is best known for Sweet Child of Vine, a balanced and approachable India Pale Ale, Lonely Blonde, an easy-drinking Blonde Ale, 300, a Mosaic IPA, and its newest year-round; an extraordinarily uncomplicated Lager named Standard.