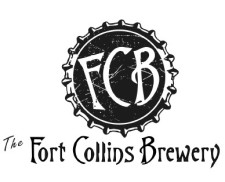 FCB’s full time brews, including newly released 1020 Pale Ale and select seasonals will be available in 4-packs, 6-packs, 22 oz. bombers and on draft, along with the Brewer’s Lunch Box, a variety 12-pack. The first beers will be available in select locations of Young’s Market of Arizona’s statewide distribution starting early November.

“Arizona’s thriving craft beer culture made for FCB’s expansion into the state a great opportunity,” said FCB’s General Manager, Tina Peters. “With the right relationships in place we’re excited to get the FCB brand into the hands of our neighboring state.”

Along with Young’s Market of Arizona, the FCB brands will also be supported by the addition of their new Brand Builder, David Lamberti. Lamberti, Owner of Bev-Ind Brokerage Services, LLC, will cover FCB’s Arizona and Nevada territory.

“With respect to the entry of Fort Collins Brewery, it has created a buzz to the craft beer enthusiasts in Arizona. We are excited to offer this brewery on a consistent basis throughout the market,” said Lamberti. Consumers in the Arizona market looking for specific establishments that will carry FCB products are encouraged to use the Beer Finder tool on www.fortcollinsbrewery.com/brews/beer-finder.

The Fort Collins Brewery (FCB) is a family-owned, handcrafted brewery in Northern Colorado, established in 2003. FCB resides in a new 30,000 square foot facility with a full-size restaurant; Gravity 1020 Modern Tavern and a quaint Happy Hour and Tapas Bar.