FREDERICK, MD – Good Beer, No Censorship prevails. The United States Court of Appeals ruled yesterday that the Michigan Liquor Control Commissioners can be held accountable for violating Flying Dog Brewery’s First Amendment rights related to the 2009 ban of the sale of Raging Bitch Belgian-Style IPA in the state. 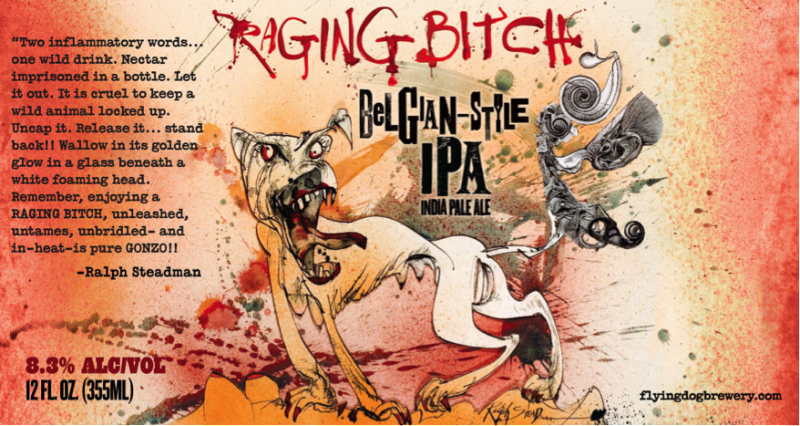 “This ruling is invigorating,” Jim Caruso, Flying Dog CEO, said. “It’s taken a few years, but now appointed bureaucrats are accountable for imposing their personal agendas and prejudices on the public, and for committing the crime of violating Flying Dog’s right to Freedom of Speech. This is refreshing, and I hope this Federal Court ruling benefits breweries, wineries and distilleries in other states, as well.”

The Supreme Court had long established that the power to regulate alcohol does not authorize the violation of free speech rights. Yesterday’s landmark ruling confirms again that officials who nonetheless violate First Amendment rights are not immune from liability.

Caruso added: “This huge victory would not have been possible without attorney Alan Gura and the support of Alan Gottlieb and the Center for the Defense of Free Enterprise.”

The Commission originally deemed the Raging Bitch label “detrimental to the health, safety or welfare of the general public” and prohibited the beer from being sold in Michigan. Flying Dog found that to be an appalling attempt at state censorship, as well as a clear violation of its First Amendment rights.

The ruling will allow Flying Dog to recover damages from the loss of sales during the ban, which Caruso plans to use to establish a Freedom of Speech society in the brewery’s hometown of Frederick, Md.

A full timeline of the almost six-year brouhaha is as follows:

As one of the fastest-growing regional craft breweries in the mid-Atlantic, Flying Dog has been brewing world-class beer that pushes the confines of traditional styles for 25 years. Flying Dog attracts everyone from craft beer connoisseurs to those just catching the wave with up to 20 styles available at any given time and its Gonzo ties to writer Hunter S. Thompson and artist Ralph Steadman. Named the Mid-Size Craft Brewery of the Year at the 2009 Great American Beer Festival (the highest honor for its size in the United States), recent accolades for Flying Dog include its Pale Ale ranked as the #1 American Pale Ale in the U.S. by The New York Times. For more information, please visit www.flyingdogbrewery.com.