(FREDERICK, MD) – Flying Dog Brewery, the state’s largest independent craft brewery, has partnered with the University of Maryland’s College of Agriculture to study hop production in Maryland. The goal of the partnership is to generate research and lay the groundwork for a commercially viable hop producing industry in Maryland that mirrors the success of hop growing ventures in the Pacific Northwest. 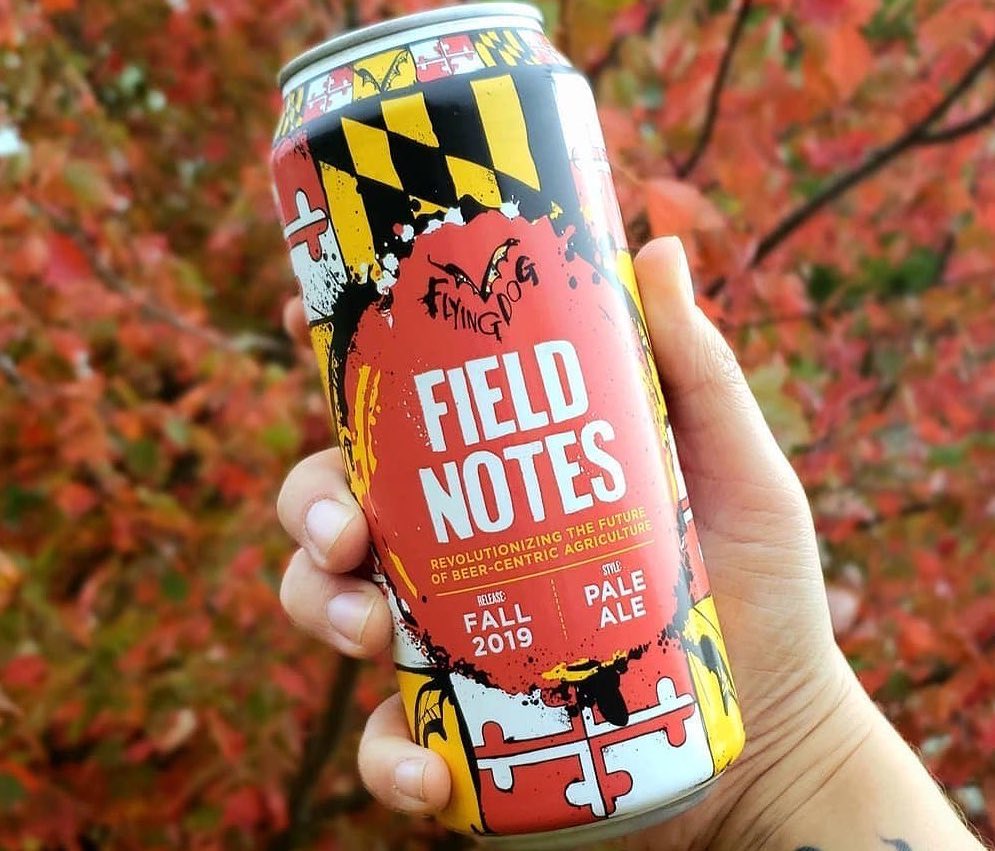 While Maryland’s unique climate has historically proven difficult for traditional hop growing processes, the University of Maryland College of Agriculture’s mission is to adapt and identify best practices for growing and harvesting hops in the state’s challenging climate, then educate local farmers on the most effective techniques.

“As we wrap up the fourth growing season of this Project, it is evident that we can produce hops in Maryland,” says UMD Extension Agent, Bryan Butler. “The question that remains however is, can a consistent, high quality, profitable crop be produced. We intend to continue to work to find answer to these questions.”

As the major funder for the research, Flying Dog Brewery has lent its brewing expertise to the program in hopes that it will encourage local production of hops and boost the state economy. “We are very proud of our partnership with the University of Maryland,” says Flying Dog CMO, Ben Savage. “Maryland is our home, and we’re excited to be a part of a project that could lead to big breakthroughs in agriculture and brewing science.”

In addition to funding, Flying Dog brewers provide qualitative analysis of the yearly hop yield, helping to identify the hop varieties that both thrive in Maryland and have commercial appeal in the craft beer industry.

After this year’s harvest was analyzed, Flying Dog used the most promising hop varietals to brew a limited-edition Maryland-themed Pale Ale, called Field Notes. The 16 oz. beer hits shelves on 10/28, and sales will help continue funding for the research project—which takes place at the University of Maryland’s Western Maryland Research and Extension Center in Keedysville, Md.

Data from the past 4 years of research has been aggregated and is available to farmers in a scientific pamphlet entitled, The Maryland Hop Grower’s Guide.

As one of the fastest-growing regional craft breweries in the United States, Flying Dog has been brewing world-class beer that pushes the confines of traditional styles for almost 30 years. Flying Dog attracts everyone from craft beer connoisseurs to those just catching the wave with up to 20 styles available at any given time. Introduced to Flying Dog by the Gonzo writer Hunter S. Thompson, artist Ralph Steadman has produced original art for Flying Dog’s labels since 1995. Named the Mid-Size Craft Brewery of the Year at the 2009 Great American Beer Festival (the highest honor for its size in the United States), recent accolades for Flying Dog include its Pale Ale ranked as the #1 American Pale Ale in the U.S. by The New York Times. For more information, visit www.flyingdog.com.