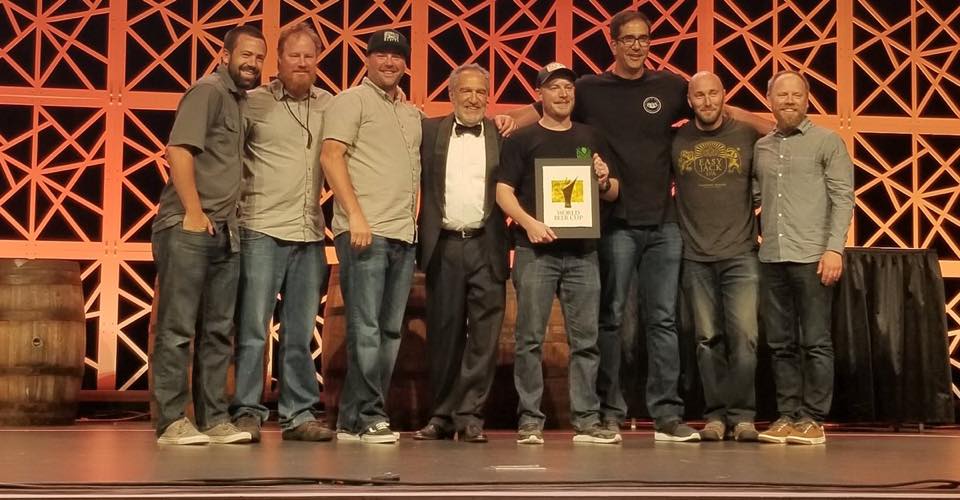 A total of 8,234 beers were entered in 101 different categories, and only one gold medal was awarded per category.

Firestone Walker’s C-Hops pale ale earned the lone gold medal in the crowded “American-Style Pale Ale” category. This marks the fifth time since 2004 that Firestone Walker has taken the gold in that category.

The 2018 World Beer Cup® took place in Nashville and the awards were announced on the evening of May 3. The 2018 judging panel included 295 brewers and beer experts from 33 countries, with 72 percent of the judges coming from outside the United States. Judging is done “blind” so that judges do not know the identity of the beers or what breweries are entered into the competition.

C-Hops is new release that is available exclusively in the Firestone Walker’s Lion’s Share mixed 12-packs. It is a new-age pale ale brewed with old-school American hops, including Cascade, Centennial, Chinook, CTZ and Cashmere. The result is a modern throwback, balancing assertive hoppiness with a full malt middle.

“I am excited for our brewing team, because we put a lot into perfecting this pale ale,” said Brewmaster Matt Brynildson. “I’m also excited for the craft beer industry—the quality of the beers at this event was nothing short of remarkable, and it’s clear that the craft beer revolution has never been stronger.”