(Paso Robles, CA) –  With an infusion of local roast coffee, a dash of cocoa nibs and touch of seasonal sorcery, Firestone Walker’s Mocha Merlin milk stout is making its return this fall and early winter. 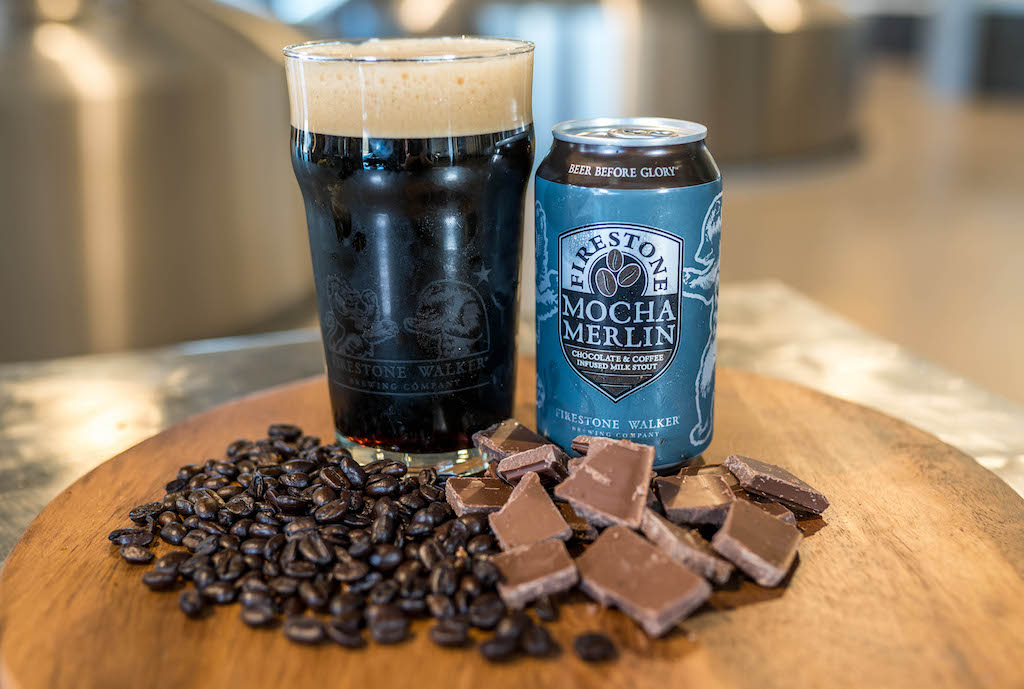 Mocha Merlin is rolling out to all Firestone Walker markets starting this month in both a regular six-pack can format and in the new Merlin’s Mixed Pack. It will be available for a limited time through the holiday season.

The magic of Mocha Merlin comes from three key ingredients that are thrown into the brewing cauldron: milk sugar, local roast coffee and cocoa nibs from Ghana.

“Rather than using processed chocolate, we use cocoa nibs as a pure chocolate precursor with no sugar added,” said Brewmaster Matt Brynildson. “It really helps integrate this natural chocolate note into the beer.”

Meanwhile, Mocha Merlin is brewed with the Colombia La Granadilla blend from HoneyCo Coffee Roasters in nearby San Luis Obispo—specially selected because it meshes perfectly with the beer’s chocolate notes. Finally, the inclusion of milk sugar adds dimension to the mouthfeel and helps knit the coffee and cocoa qualities together on the palate.

The result is an uncommonly smooth milk stout with hints of roasty, chocolaty goodness.