(Paso Robles, CA) — Creature Comforts and Firestone Walker are set to release Mother’s Milk, a collaborative barrel-aged imperial milk porter that will be unveiled at the 2018 Firestone Walker Invitational Beer Fest on June 2. 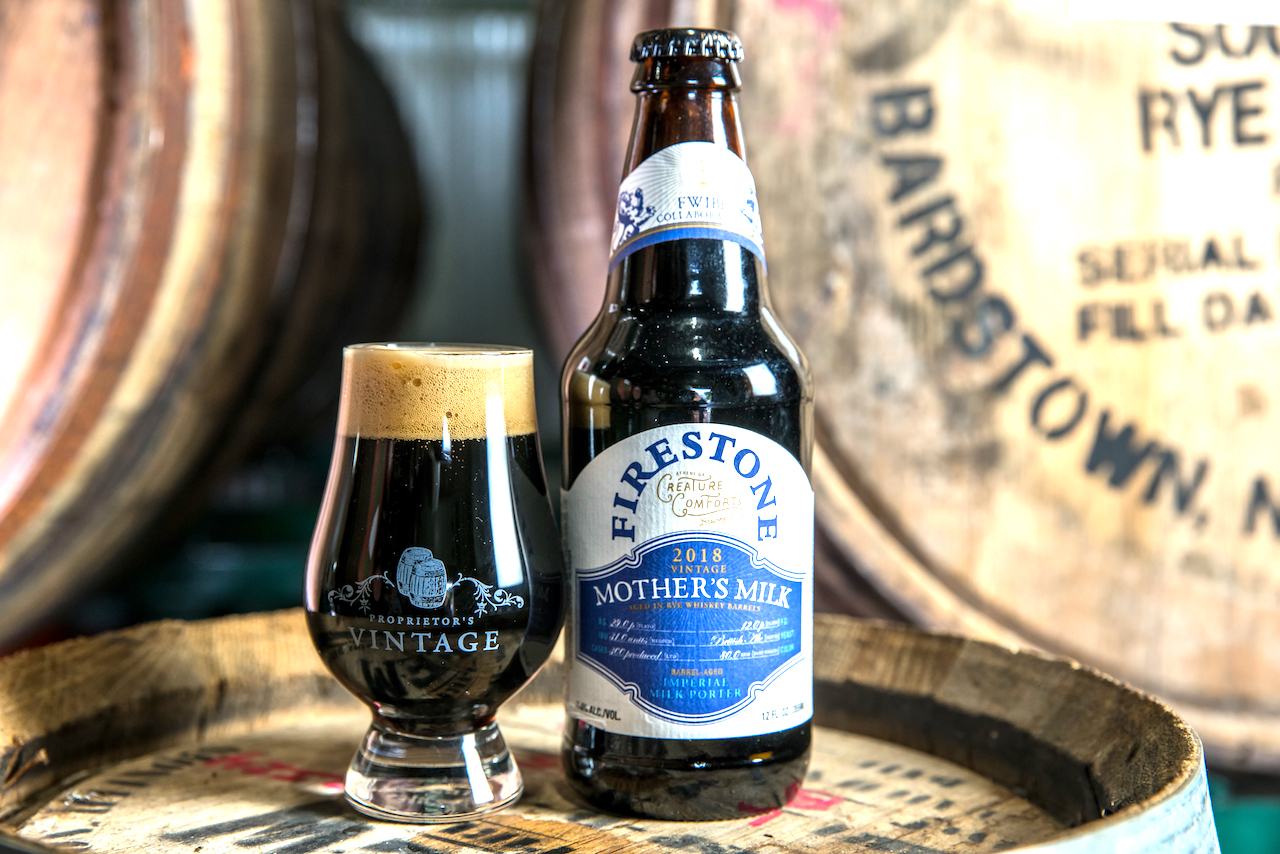 Tasters of Mother’s Milk will be available to all fest attendees. Additionally, 12-ounce bottles ($10.99) will also be available for a limited time at all Firestone Walker locations starting on June 2. A total of 300 cases (12 x 12-oz bottles) were produced.

“This beer is a great example of what happens when you combine forces with a young innovative brewery, 2,000 miles away, and plug their ideas into our well established barrel program,” said Brewmaster Matt Brynildson.

Mother’s Milk (11.6% ABV) was aged for nearly a year in rye whiskey barrels inherited from a premium spirits producer. The base beer was made with five malts—Two-Row, Munich, Chocolate, Franco-Belges Kiln Coffee and Crystal 45—along with oats, lactose (milk) sugar and a dash of sea salt.

Rye whiskey barrels were specifically chosen to balance the sweeter tones of the milk porter with a spicy bitter quality. “The sweetness inherent to bourbon would have made this beer too cloying, given the presence of the milk sugar,” said Eric Ponce, Firestone Walker’s barrel program manager. “We designed the base beer with the intent of aging it in rye whiskey barrels—we thought it would be the perfect marriage. The dash of salt just makes everything pop on the palate.”

At the following year’s fest, the plan for Mother’s Milk was fully hatched by Brynildson and Creature Comforts’ Brewmaster Adam Beauchamp and Head Brewer David Stein.

“Firestone Walker is a brewery we greatly respect and have been inspired by long before starting our own brewery,” said Beauchamp. “We’ve enjoyed the friendships we’ve made with them and were thrilled to have the opportunity to collaborate on a beer together.”

“Creature Comforts is one of our favorite new breweries hailing from the South and it has been a blast getting to know these guys and make beer with them,” Brynildson said. “Both of our breweries are members of the Hop Quality Group and we both recently poured beer at the Mikkeller Fest in Copenhagen, so we have had some quality time together—and that will now continue at the upcoming Firestone Walker Invitational Beer Fest.”