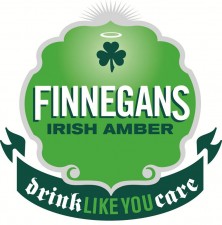 Minneapolis, MN –  Over the past 11 years, FINNEGANS has donated more than $238,000 to support local charities through the profits of its Irish Amber. This March, the beer company and community fund plans to double its impact on hunger relief with the introduction of a new, limited edition Blonde Ale.

The Blonde Ale will officially hit restaurants and liquor stores March 1 – just in time for St. Patrick’s Day. Crafted by Summit Brewing Company, the Blonde Ale is designed to please the palates of eager beer lovers in the coming spring and summer months. With the same malty character as FINNEGANS Irish Amber, the Blonde Ale has a lighter body and crisp finish.

“Summit has always been proud to contract brew FINNEGANS Irish Amber,” said Summit Brewmaster Damian McConn, “but designing the new Blonde Ale has been a special treat. It will be perfect for the St. Paddy’s day pint or the beer on the boat this summer.”

Why the new addition to the FINNEGANS family? Jacquie Berglund, founder and CEO of FINNEGANS, said that when she started the company she had a vision to eventually expand into a variety of products in an effort to make the greatest community impact. “We’ve grown an average of 30 percent every year since FINNEGANS was founded in 2000,” said Berglund. “The Blonde Ale is just the start to scaling our impact on hunger relief!”

Building Local Business Support
The business community is rallying around the Blonde Ale and contributing in its own way to support FINNEGANS’ mission. Minneapolis-based Chicago Lake Liquors, for example, will sell the Blonde Ale at cost, with all the profits benefiting the six food shelves surrounding its neighborhood through FINNEGANS Community Fund.

“The response from our customers was resoundingly positive,” said store owner John Wolf of selling FINNEGANS at cost in 2011. “For all of us to continue supporting our shared community with every purchase of FINNEGANS is wonderful.”

Green Mill Restaurants has also signed on to support the FINNEGANS spirit of giving. As FINNEGANS’ newest partner, Green Mill will donate $1.00 from every large pizza sold on Monday and Tuesday nights to the FINNEGANS Community Fund in 2012. The restaurant is also donating the profits from its quarterly beer dinners at all 26 locations, which will be used to buy food from local farms and then donated to food shelves near Green Mill and FINNEGANS locations.

“What Jacquie has done for communities region-wide through FINNEGANS is inspiring, and we couldn’t pass up the opportunity to be a part of it,” said Green Mill CEO Paul Dzubnar. “Based in St. Paul, Green Mill wants to help those in need locally. And now, through FINNEGANS, we have the ability to provide fresh food for people near to our restaurants daily.”

“Beer it Forward”: A Mobile App to Mobilize Giving In celebration of the Blonde release and to make giving easy for fans, FINNEGANS has partnered with Schmoney to develop an iPhone application called “Beer it Forward.” The application allows users to buy FINNEGANS for friends when checking in to a bar or restaurant using popular social media application Foursquare, PayPal and the power of the iPhone. Beginning February 17, the App will be available for free download on the AppStore and allows users to support FINNEGANS beer and donate directly to the FINNEGANS Community Fund from their phones.

FINNEGANS is also keeping fans informed through an enhanced blog and a new partnership with The Social Lights, a local social media and digital marketing agency. Using Facebook, Twitter, and Foursquare, FINNEGANS fans will now be able to stay up-to-date on the latest FINNEGANS news, special offers, and exciting events, such as upcoming FINNEGANS pub crawls.

The Blonde Ale will be available through the summer at most retailers currently carrying the Irish Amber. March 1, fans can visit www.FINNEGANS.org for locations where the Blonde is sold.

About FINNEGANS
The mission of FINNEGANS, Inc. is to turn beer into food and support aspiring social entrepreneurs. Founded in 2000 in Minneapolis, FINNEGANS is a self-sustaining and leading social business (S Corporation). Through the sale of its Irish Amber (and limited release Blonde Ale), FINNEGANS has created an innovative business model that allows the company to create community wealth: One hundred percent of the profits are donated to the FINNEGANS Community Fund (501c3) to support hunger alleviation programs in every market where FINNEGANS is sold. In Minnesota, fresh produce is purchased from local farms and distributed to area food shelves through the Emergency Foodshelf Network’s Harvest for the Hungry Program. FINNEGANS’ long-term goal is to scale similar programs to out-of-state beer markets (currently North Dakota, South Dakota and Wisconsin). Now, is there a better reason to raise a pint of FINNEGANS?