email
(Buellton, California) — Figueroa Mountain Brewing Company likes to have a good time and it shows with two new upcoming beer releases.  In addition to producing their iconic, Santa Ynez Valley-inspired beers, the team at FigMtnBrew has announced the debut of a brand new line-up packaged in 12-ounce cans.  This new seasonal set of  beers, called the “Hip Hoppy” series, was created by founder Jaime Dietenhofer as a fun new line of beers that bring a party to any situation. Each beer is dry-hopped to create aromatic, flavorful beer with all of the convenience of a can. As an homage to his teenage years in the 1990s, Jaime and the staff at FigMtnBrew pay tribute to some of the most iconic names in hip hop music.

“As a product of the ‘90s, I have always been a fan of Hip Hop music,” explains President and co-founder, Jaime Dietenhofer.  “This new line of beers has been a long time coming.  We’ve had such a good time coming up with beer names for classic Hip Hop songs from the ‘90s and beyond—it was almost hard to decide which beers to brew first.  As a great way to end the summer, we wanted to brew some light, hoppy beers like a Czech-Style Pilsner and Wheat Ale and add hops for a refreshing and satisfying beer.” 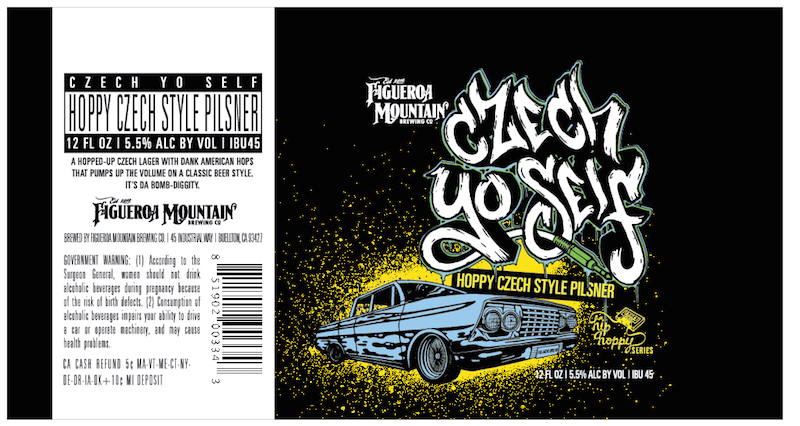 The Czech Pilsner is aptly named “Czech Yo Self” after Ice Cube’s famous song , “Check Yo Self.”  The beer is a hopped-up Czech lager with dank American hops that pump up the volume on a classic beer style with 5.5% alcohol by volume.   Six-packs of 12-ounce cans will be on sale in the taprooms starting Friday, August 21, 2015 or you can enjoy any seasonal beer on draught in the taprooms. 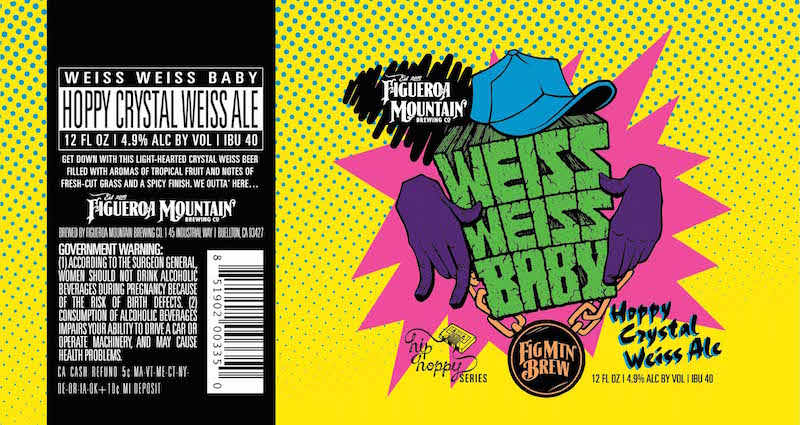 Weiss Weiss Baby Hopped is a hoppy Crystal Weiss that comes in at 4.9% alcohol by volume.  It’s no secret that this beer is named after one of the most famous songs of the early ‘90s: Ice Ice Baby.  Weiss Weiss Baby is a light-bodied filtered Crystal Weiss beer inspired by the German roots of the Dietenhofers.  This summer ale is filled with aromas of tropical fruit and notes of fresh cut grass with a spicy finish.  Find these new cans in any Fig taproom starting Friday, September 4th.

Both of the new “Hip Hoppy” beers can be found in select retailers starting Friday, September 4, 2015.  For more information about Figueroa Mountain Brewing Company and their new “Hip Hoppy” series, visit www.FigMtnBrew.com/HipHoppy.

###Hashtags: #HipHoppySeries #CzechYoSelf #WeissWeissBaby   Tag: @FigMtnBrew
About Us:  Figueroa Mountain Brewing Co. was founded by father and son team, Jim and Jaime Dietenhofer, in 2010.  With a passion for craft beer, they set out to pay homage to the beautiful Santa Ynez Valley with handcrafted beer and hand-drawn artwork depicting the local landscape on their labels.  There are currently five taprooms along California’s Central Coast and one more set to open soon in Westlake Village.  Figueroa Mountain Brewing Co. beer can be found in their taprooms or at select retailers and restaurants throughout California.  Learn more about @FigMtnBrew or where to find their beer at www.figmtnbrew.com.