(Buellton, CA) – The Buellton-based brewery will launch their first direct sales of their new cans on August 23rd, at noon from five taproom locations. The company has brought much of their new equipment online during their 2018 expansion, which has enabled them to streamline their brewing and packaging operations at their Buellton HQ and bring cans to market. 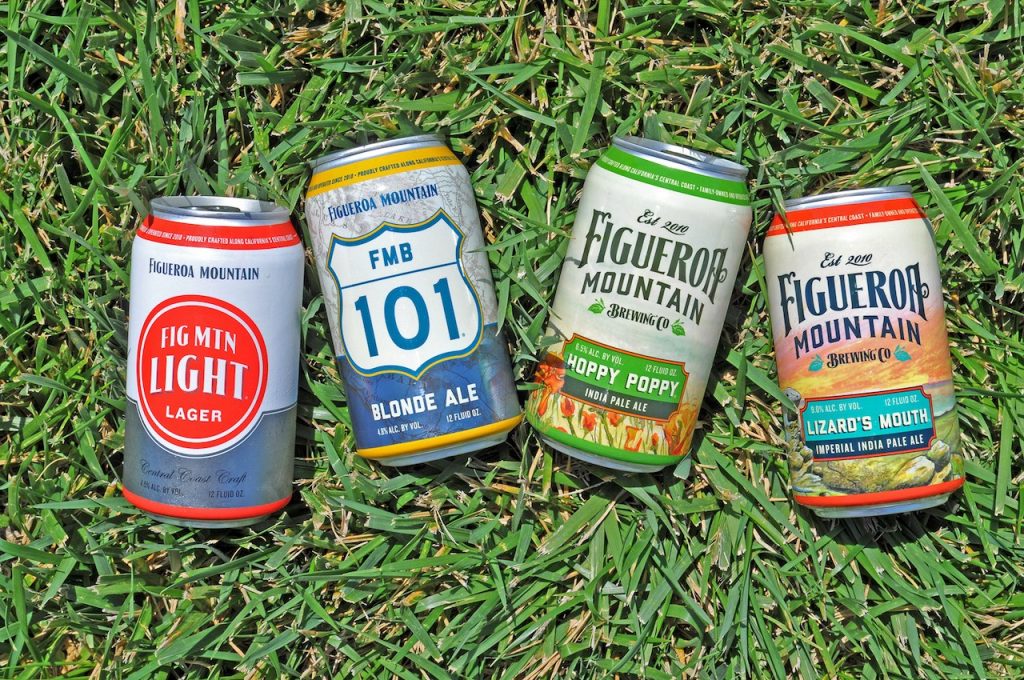 Four of the company’s most-recognized brands – Hoppy Poppy IPA, FMB 101 Blonde Ale, Fig Mtn Light Lager, and Lizard’s Mouth Imperial IPA – will be sold in 6-pack boxes of 12oz. cans. Each box showcases the Independent Brewer seal, each brand’s unique art, and a newly designed map graphic of California’s coastal region that FMB calls home. As the company continues to meet very high demand for cans, there will be a limited supply of cans for this debut, available on a first-come, first-served basis, with a purchase limit of one 6-pack per brand, per person.

“We are thrilled to get these cans out in time for summer trips and more time outdoors. The team has been working around the clock to get our new equipment online while keeping up with demand. We are cranking up here and the liquid coming out of our BrauKon has been really impressive,” shares Jaime Dietenhofer, half of the father-and-son team that founded the brewery in 2010.

Members of the company’s Mug Club will have a chance to enjoy priority purchase of cans one hour earlier than the public. As summer continues and more expansion milestones are achieved, fans can expect greater availability at their nearest taproom and at craft beer retail locations in California and Arizona. Follow @figmtnbrew on Facebook, Instagram, and Twitter for updates on how to “Get it while you can!”