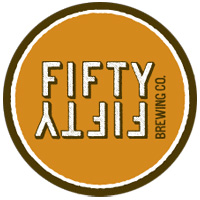 April 11, 2012, (Truckee, CA) — The highly anticipated release of FiftyFifty Brewing Company’s EclipseTM “Futures” program is just days away.  A one of a kind opportunity in the craft beer world, FiftyFifty allows beer fans to reserve bottles of their highly coveted Eclipse Barrel-Aged Imperial Stout before the release, which often sells out within days.

Barrel-Aged Imperial Stouts are noted for being very rich, substantial, and complex beers.  FiftyFifty’s Eclipse does not disappoint on this fact.  Eclipse is the result of taking the award winning TotalityTM Imperial Stout and aging it in oak bourbon barrels for 6 months, and the accolades for both Eclipse and Totality keep racking up.  Totality Imperial Stout has taken home 2 international medals and 3 national medals, including medals at the Great American Beer Festival 3 of the last 4 years.  Eclipse also has numerous awards of it’s own, including most recently a Silver Medal at the prestigious 2011 European Beer Star Awards.  Eclipse was also named by Draft MagazineTM as one of the Top 25 Beers in the world in 2009.

Because of the extensive brewing and aging process, Eclipse is only released once a year in December.  This year’s batch will feature six different barrel types, one of which will not be distributed beyond the pub in Truckee, except thru futures reservations.

“Every year we age in a different variety of barrel types to make the Eclipse experience unique” says Brewmaster Todd Ashman.  “This year’s batch looks to be truly exceptional.”

Futures sales go live online on Monday, April 16th at 8:00am Pacific time, and allows purchasers to guarantee not missing out on their favorite styles.  Orders will only be taken on the website and are on a first come, first served basis.  Last year, several styles sold out on the first day, and they expect a similar response this year.

More details can be found at their website: www.fiftyfiftybrewing.com.  “We are really excited about this year’s futures program” says owner and Futures manager Alicia Barr.  “The response we get from the beer community is fantastic, and we love to share our passion of beer with everyone.”

FiftyFifty Brewing Co.: Find Your Balance. Located in Truckee at 11197 Brockway Road, between Hwy 267 and downtown Truckee. Open seven days a week from 11:00 a.m. to 2 a.m., FiftyFifty serves both lunch and dinner to complement their variety of beers brewed on the premise. FiftyFifty also features a full bar, seasonal outdoor seating on the patio and live music and entertainment.