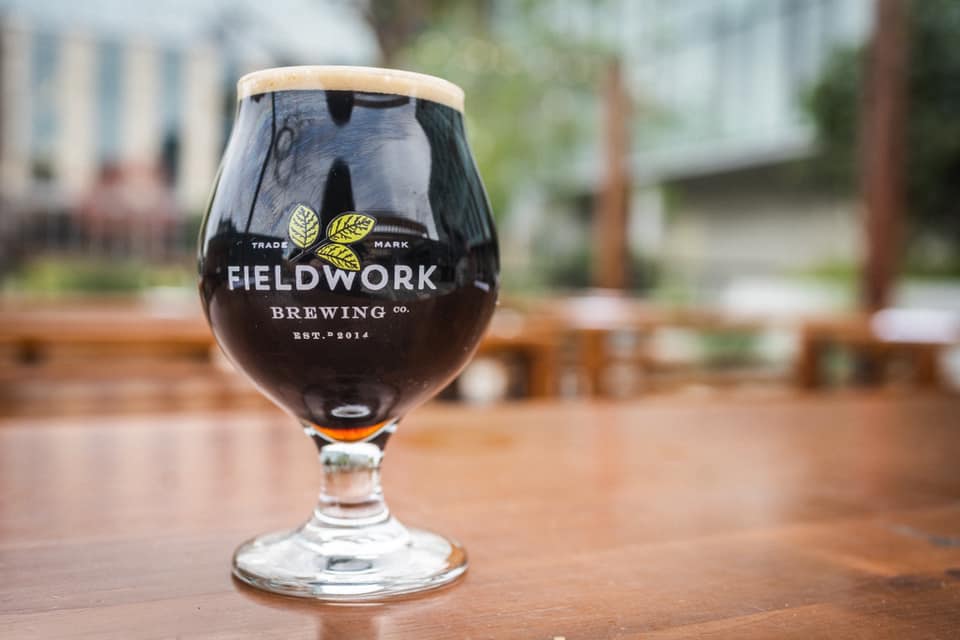 The Grand Opening of the Corte Madera locale takes place on Saturday, February 8, 2020 at 11 am. Fieldwork will have a handful of library beers on the draft menu that will be exclusively available at the new Corte Madera location, including Bourbon Barrel Aged Danger Cake Imperial Milk Stout and 2019 Eliza New Orleans-Style Coffee Imperial Milk Stout.

Brewing well over 500 unique beers since opening its West Berkeley brewery in February 2015, Fieldwork brews with as much a sense of purpose as a sense of place as they honor Northern California’s magnificent outdoor landscapes with an array of idiosyncratic beers in constant rotation on the tasting menu. The esteemed brewing team focuses on innovation for its ever-evolving roster of signature IPAs, Double IPAs, lagers, pale ales, sours, stouts, etc. Based on seasonality and consistent quality, Fieldwork forges its own path brewing beers they simply love to drink.

The sole beer company onsite at Town Center Corte Madera, the new Fieldwork Taproom opens with upwards of 18 beers on the menu including a handful of library releases that will be exclusively available at the new Corte Madera location. All seven Fieldwork taprooms are within a 200-mile radius of its West Berkeley brewery to ensure only the freshest beer is served to its customers while being conscious of its carbon footprint.

The centerpiece of Fieldwork’s food menu is Neapolitan-inspired pizza cooked with organic flour from Central Milling (Logan, Utah) and fresh whole peeled organic tomatoes sourced from Rob DiNapoli (Los Gatos, Calif.). Winter vegetables and artisanal meats shape the opening menu with eight different pizza styles. Starters include many health-conscious options, and a children’s menu is available as well as dessert. The Fieldwork Taproom at Town Center Corte Madera full menu can be downloaded at this LINK.

“We are excited to open the Fieldwork Taproom at Town Center Corte Madera and bring our fresh, locally brewed beer to Marin County. We’ve always wanted to offer high-quality foods and the Town Center locale is a great environment for us to introduce Jeffrey Amber’s menu. It will be a fantastic destination and we are pleased to be joining so many complementary merchants,” says Barry Braden, co-founder and owner of Fieldwork Brewing Company.

Media tours of the Fieldwork Taproom at Town Center Corte Madera are available upon request.

Fieldwork’s downtown Napa location is within the Oxbow Public Market, and the midtown Sacramento taproom is in The Handle District. In summer 2017, Fieldwork opened beer gardens in San Mateo and Monterey, and the Fieldwork Taproom and Beer Garden at City Center Bishop Ranch opened in November 2018. The Fieldwork Taproom at Town Center Corte Madera opened in January 2020 with a farm-fresh food menu developed by chef Jeffrey Amber (Culinary Director, Fieldwork Brewing Company). In spring 2020, the Sacramento taproom will be the second location to serve Ambers menu.

Fieldwork’s latest beer releases can be enjoyed by sampler flight, beer by the glass, and filled “to go” in growlers and crowler cans. Special Release cans are available while supplies last at each location.