Fort Collins, CO – New Belgium Brewing’s new canning rolled off its first aluminum cans of Fat Tire Amber Ale on May 20th. New Belgium, known for its commitment to quality and sustainability, will distribute the cans to limited markets this summer, with cans arriving in Colorado stores by mid-June.

“We are looking forward to introducing our old friend, Fat Tire, in a brand new package,” said Bryan Simpson, spokesperson for New Belgium. “As we fire up the line for our initial runs, we are celebrating the new adventures of Fat Tire.” 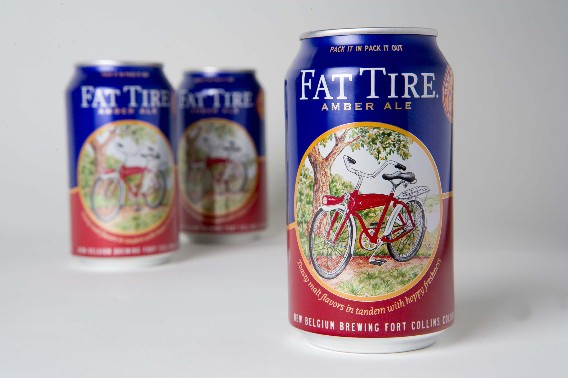