(Canton, OH) – Fat Head’s is excited to announce the grand opening of their new brewpub in North Canton on Monday, March 12, 2018. 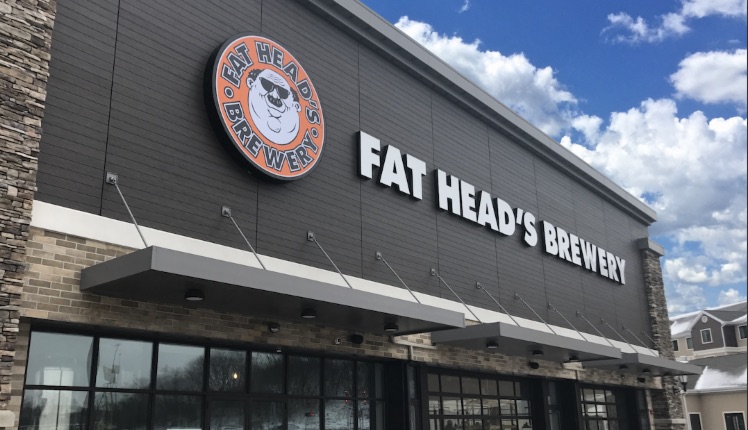 Located at the northeast corner of Everhard Road and Whipple Ave, Fat Head’s occupies a 10,000 square foot space that has been fully customized to house their restaurant and brewing equipment.

Paul Siperke, partner at both Fat Head’s Brewery in North Olmsted and the new Brewpub in Canton, says of this new venture, “We’ve been looking for the right location for several years, and the North side of Canton is the first one we found that ticks off all the boxes, so to speak. We believe it’s an underserved market in terms of craft beer, so we’re really excited to bring our award-winning beer and unique menu to this area.”

While gaining national attention for their beer, Fat Head’s initially became famous for its over-the-top pub grub: “Headwiches,” or sandwiches roughly the size of your head; house-smoked wings; creative pizzas; and stacked burgers. Ingredients are always fresh, abundant and locally-sourced whenever possible. The menu in Canton mirrors its Cleveland counterpart with a few exceptions and additions. To wash down these deliciously original meals, patrons can expect 32 rotating beers on tap — 15 to 20 from Fat Head’s and the rest from guest breweries.

Overseeing local brewing operations is Will Polensek, who worked his way up from line cook to brewer in Cleveland. Here in Canton, Polensek will be at the helm of a custom 10 barrel JV Northwest brewhouse with 7 fermentors and 8 brite tanks. The system allows for the flexibly to create a host of different beer styles including some of Fat Head’s most award-winning beers like Head Hunter IPA, Bumble Berry Honey Blueberry Ale and Hop Juju Imperial IPA, all of which will be on tap Monday.

“This is our first exposed brewhouse, so it was a bit more challenging,” said Fat Head’s master brewer Matt Cole, “but the sights and sounds and smells and all those things play into the experience. The taproom is a great opportunity to get people to see what we’re all about.”

The family-friendly restaurant seats 232 throughout the dining room and bar with an additional 50 seats on the patio during the warmer months. Large parties and groups can be accommodated in a flex-space. There is also a pool table and small game room.

The family-friendly restaurant seats 232 throughout the dining room and bar with an additional 50 seats on the patio during the warmer months. Large parties and groups can be accommodated in a flex-space. There is also a pool table and small game room.

Fat Head’s Canton is located at 3885 Everhard Road NW (directions). The restaurant will be open daily at 11 am. For more information, please visit fatheads.com.