(Salt Lake City, UT) – Working at Epic Brewing you get used to pulling off crazy ideas and pushing the envelope but when two tons of honeydew melons were being unloaded at the brewery everyone was wondering if maybe, this time, we’ve gone too far. The idea for Common Interests started in 2016 when the brewery acquired three, large, 150 Barrel oak foeders from a California winery. Like any other cask, the first use is always special and gets the creative juices flowing. 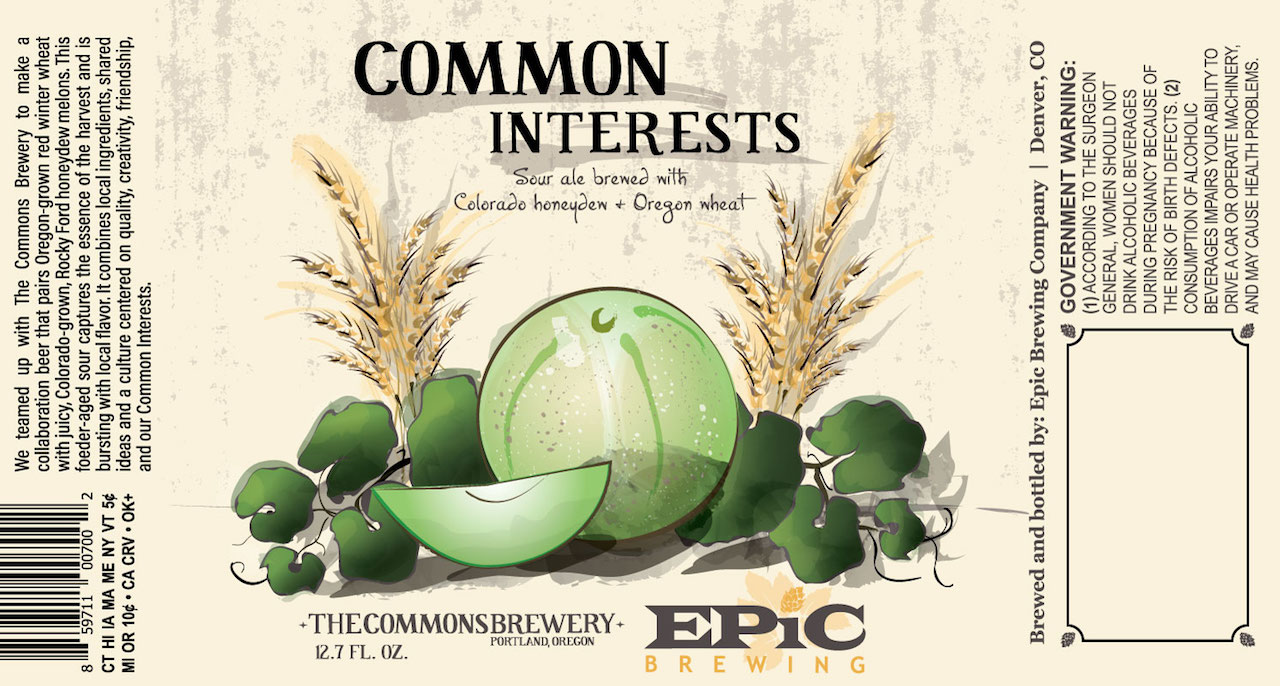 “We wanted the first beer to come out of the foeder to capture its essence and history. After talking to Sean Burke [then head brewer at The Commons] the idea evolved into capturing local flavors from Colorado, Oregon and the foeder itself,” says Epic’s Brewmaster, Kevin Crompton.
The collaboration pairs Oregon-grown red winter wheat with juicy, Colorado-grown, Rocky Ford honeydew melons, capturing the harvest and local flavors from each state.

The base beer was brewed in early January and set to sour and mature in “Zoe,” the newly named foeder. Months later, in August, a team from Epic drove to Rocky Ford, a Colorado region famous for their honeydew, and collected 4,000 pounds of ripe melons from the three-generation Hanagan Farm.
Over the past 10 months a lot has changed. Included the news that The Commons Brewery will be closing their doors at the end of the year.
“We heard the news as we were lined up in front of the foeders processing the honeydew and putting it in the beer,” says Darin McGregor, Epic’s National Sales Manager. “We are not upset. We are empathetic. A lot of breweries are having a hard time making the ins and outs balance. I think that is what this beer represents. It’s hard to even complete a collaboration because of how quickly the sands are shifting,”

Common Interests is a light-straw color with just a hint of green in the highlights. Sweet honeydew rind, clean earth and oak hit the nose. The first sip is bright with citrus-tartness, lime and pith, that fades quickly to a cooling ripe-melon-sweetness with hints of cereal grain, tilled earth and root cellar. The effervescence lifts quickly off the palate taking the acidity but leaving hints of honeydew and the harvest season.

The beer has begun shipping across the country to all of Epic’s markets. It will be available on draft and in 375ml bottles. We hope that when you have a glass you can taste the hard work and passion of the farmers, brewers and everyone else who helped make this beer possible. After all, each of us share the same Common Interests.