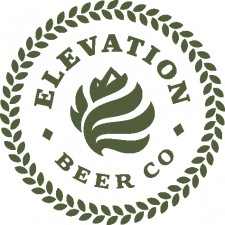 May 10th, 2012 Poncha Springs, Colorado– Colorado Governor John Hickenlooper is scheduled to appear at Elevation Beer Company for their tasting room and brewery grand opening May 19th, 2012 on the final day of American Craft Beer Week.

“We are so happy to welcome Governor Hickenlooper and honored to have a him sign a bill at our Grand Opening,’ says General Manager Carlin Walsh, ‘After all the Governor is a fellow brewer himself.’

Elevation is a new Colorado microbrewery co-founded by four friends; Carlin, Christian, Sheila and Xandy, on a cool Colorado summer night over a few craft beers and a back yard BBQ.  The brewery plans on joining an elite group of approximately 20 microbreweries across the nation specializing in seasonal barrel-aged and specialty beers.

“We plan on making rare artisan beers produced right here in the heart of Colorado,’ says Head Brewer and Co-founder Christian Koch, “using as many Colorado ingredients as possible, and hopefully bringing dozens of jobs to Poncha Springs and Chaffee County over the next few years.”

Governor Hickenlooper will be giving a short speech during the event as well as signing the BLANK BILL into effect starting at 12:00pm.

The brewery’s doors will open at 11:00am and the event will also feature live music from several local bands, as well as local food vendors, and 8 different Elevation beers on tap.

Elevation Beer Co. is an artisan microbrewery located in Poncha Springs, Colorado, just minutes from Salida, Monarch Ski Area, Arkansas River Headwaters, and over seven 14,000-foot peaks.  Elevation specializes in brewing large adventurous beers for the craft beer fanatic, While trying to elevate the perception of what beer can be.