(Milton, DE)– Dogfish Head Craft Brewery is excited to announce its collection of off-centered beers is on its way to the great state of Idaho. Locals can look for Dogfish on shelves and taps in September.  The Delaware-based craft brewery partnered with Haddon Beverage to bring Dogfish Head’s full portfolio of flavorful ales to residents throughout the state of Idaho, taking the company’s total market distribution to 44 states and Washington, D.C. 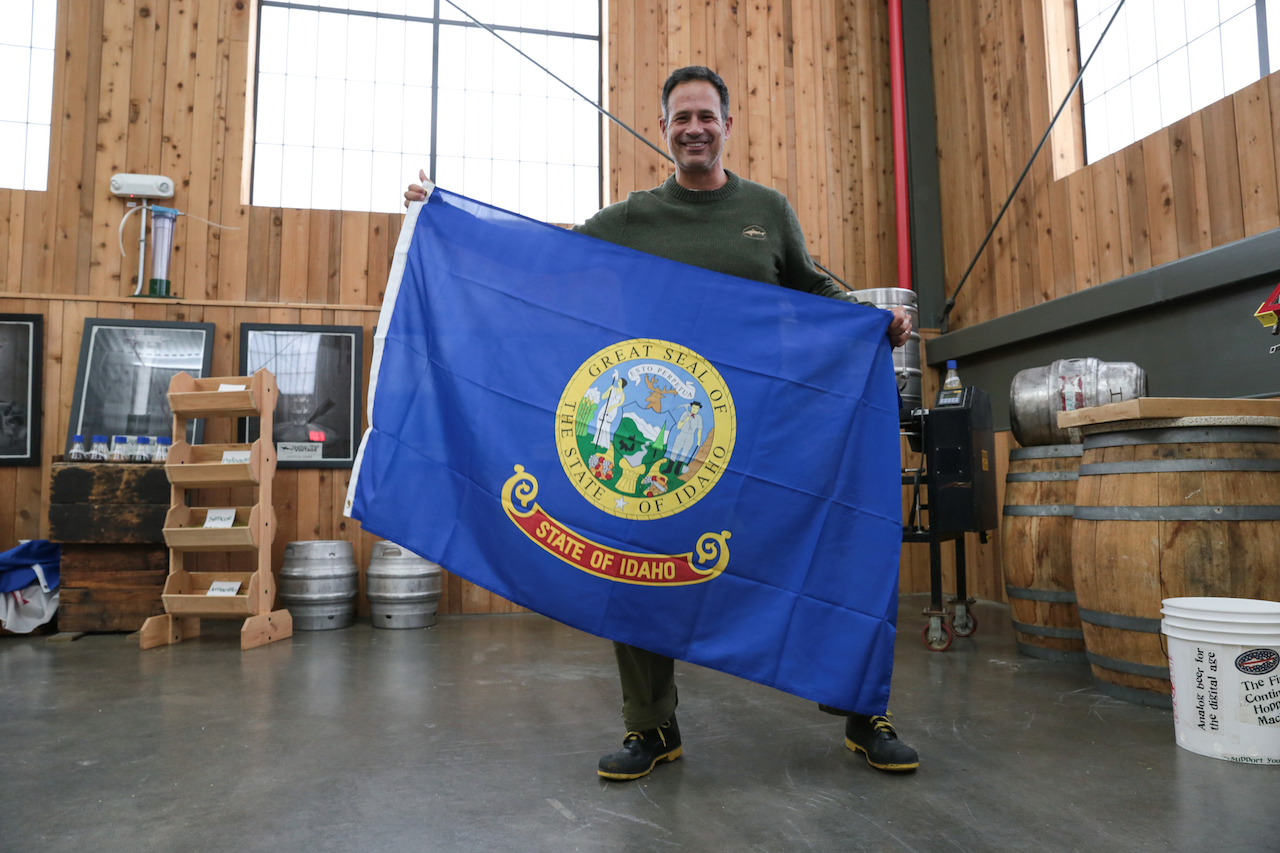 Committed to consistently delivering goodness to its fans, Dogfish Head strategized and laid the groundwork for a forward-looking growth plan for Idaho and beyond. The brewery enjoyed explosive double digit growth in 2017 and tripled the size of its sales team to further support its existing distribution partners across the nation. Along with its diverse and innovative portfolio of craft beers, Dogfish redesigned its artwork, revamped its packaging, introduced cans to the mix, and announced a 2018 artist collaboration with Marq Spusta for the Off-Centered Art Series.

“We’re excited to ship our innovative beers to Dogfish fans in Idaho and to begin a great and long-lasting relationship with the beer drinkers, retailers, and distributor partners in the state,” said Sam Calagione, founder and CEO of Dogfish Head Craft Brewery. “We have our canning and bottling lines pumping out a ton of beer and enough brewing capacity to ensure we can keep retailers well stocked with our well-differentiated family of beers for years to come.”

For those craving a bite with their Dogfish Head beers, the brewery suggests pairing these off-centered pints with some well-known Idaho dishes.

60 Minute IPA is an ideal partner for Finger Steaks. Its prominent piney and citrusy hops are an excellent match for this dish’s typically spicy dipping sauce, and its crisp finish prevents this fried treat from becoming too heavy.

Grab a Flesh & Blood IPA with your next Ice Cream Potato. Its blood orange and citrusy hops provide a complex counterbalance to the chocolatey sweetness of this frosty dessert.

Try pairing 90 Minute IPA with an Idahoan Sandwich. The substantial malt profile of this imperial IPA matches the richness of this iconic snack, while the beer’s piney, citrusy hops accentuate the sandwich’s sweet and spicy glaze.