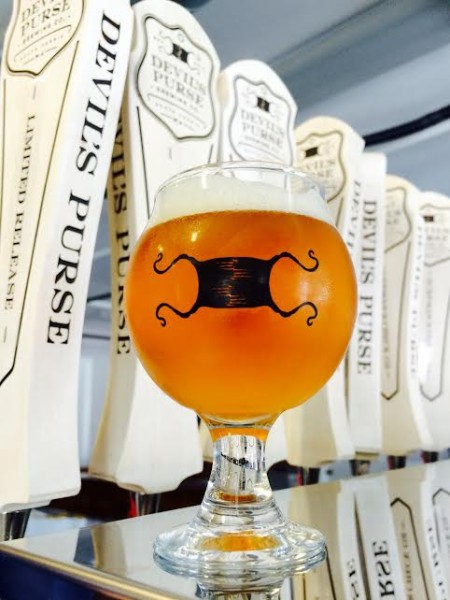 “This is our interpretation of a Double IPA,” said Mike Segerson, co-founder and brewer. “Sevenstones is based on the brewery’s popular Pollock Rip IPA recipe,” he added.

Segerson explained how halfway through fermentation of Sevenstones a wild yeast strain, Brettanomyces Clausenii, was pitched into the fermenter.

“This strain of Brett creates a dry beer with lots of complexities and a higher alcohol content,” said Segerson.

Tasting notes by the brewers include ripe pineapple and stone fruits accented by smoky, spicy earthy aromas with hints of barnyard. Alcohol content is 8.2% with 85 IBUs.

Sevenstones Double IPA is the third release in the brewery’s Light Vessel Series of India Pale Ales. The name comes after the Sevenstones Light Vessel moored on the Seven Stones Reef 15 miles off Land’s End, Cornwall in the United Kingdom. The yeast strain of Brettanomyces Clausenii was also originally discovered in the U.K.

The very limited release Sevenstones Double IPA is only available at Devil’s Purse Brewing Company and limited to one (1) 32 oz. canned Crowler per customer.