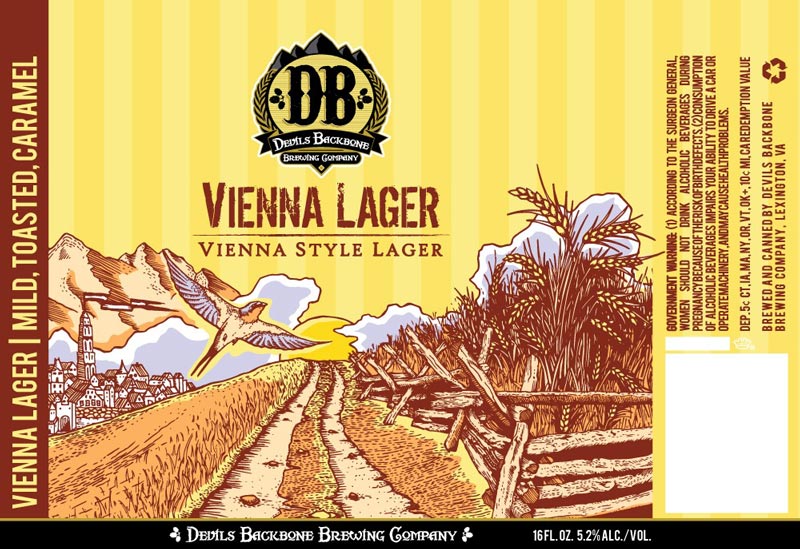 “Cans are the best way to package beer aside from kegs. Innovation is everything, and canning Vienna Lager in two new formats is a great way to reintroduce one of our leading beers to a fresh audience,” saysDirector of Sales Scott Baver. “Single serve cans are one of the fastest emerging channels for craft beers and we want to be a leader in the category. They’re a great opportunity for sampling, and provide an ease of access for the consumer to craft new adventures in a variety of venues – like concerts, outdoor venues, and sporting events – where glass isn’t permitted.” 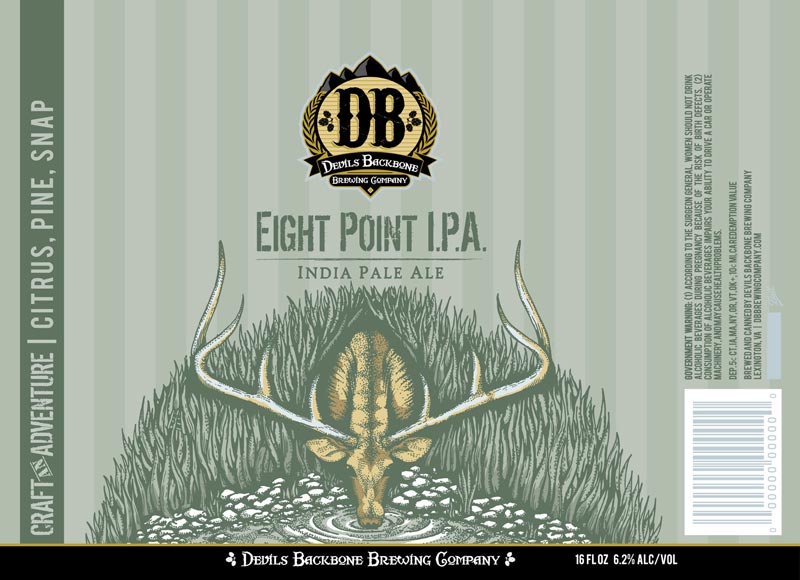 Vienna Lager and Eight Point IPA are part of the Devils Backbone Basecamp Favorites lineup. Basecamp is the original brewpub lodged on 100 acres surrounded by the Blue Ridge Mountains that opened in 2008. Basecamp Favorites are Devils Backbone signature beers that represent customer’s favorites brews and our core brewing principles: balance, approachability and trueness to style.

Vienna Lager is amber in color with a subtle toasted caramel note and a smooth malty finish. Vienna Lager was recently named one of the “50 Best American Lagers” by Food & Wine, and Men’s Journal also called it one of the “Best 100 Beers in the World.” Vienna Lager is also multi award-winning, garnering medals in the Vienna-Style Lager category from both the Great American Beer Festival® 2015/2012 Gold and 2009 Silver and World Beer Cup 2014 Silver and 2012 Gold.

Eight Point IPA was the first beer brewed at the Basecamp Brewpub. Gold in color, Eight Point has a citrus and piney snap. The brew features a variety of hops that impart a citrusy floral aroma and crisp bitterness to the India Pale Ale, which is concocted from Pilsen and a dash of caramel malts. This burnished-golden ale has a touch of malty sweetness for balance, which makes it easy to enjoy in any setting.

Devils Backbone beers are inspired by the great brewing traditions of Europe and the ingenuity of modern craft brewing. Devils Backbone has earned numerous accolades for its beers, exceling in the art of lager brewing in an ale dominated industry. The brewing team has received medals from the World Beer Cup, Australian International Beer Awards, Virginia Craft Brewers Fest and the Great American Beer Festival® including national titles for GABF 2014 Mid-Sized Brewing Company and Brew Team of the Year, 2013 Small Brewing Company and Small Brewing Company Brewer of the Year and 2012 Small Brewpub and Small Brewpub Brewer of the Year.

In 2008, founders Steve Crandall and his wife Heidi, inspired by a skiing trip where they had their first taste of German beer, opened the doors to Devils Backbone Brewing Company in the heartland of Virginia. Basecamp Brewpub was an instant regional success and with so many beer lovers asking where they could purchase the brews, they broke ground on the Outpost in 2011. Anticipated to produce 10,000 barrels of beer in the first ten years of operation, the Outpost reached 45,000 barrels in the first three years and recently completed an additional expansion to reach 250,000 barrels.