Details on Stone’s Throw Down in RVA, Slated for Saturday September 21, 2019 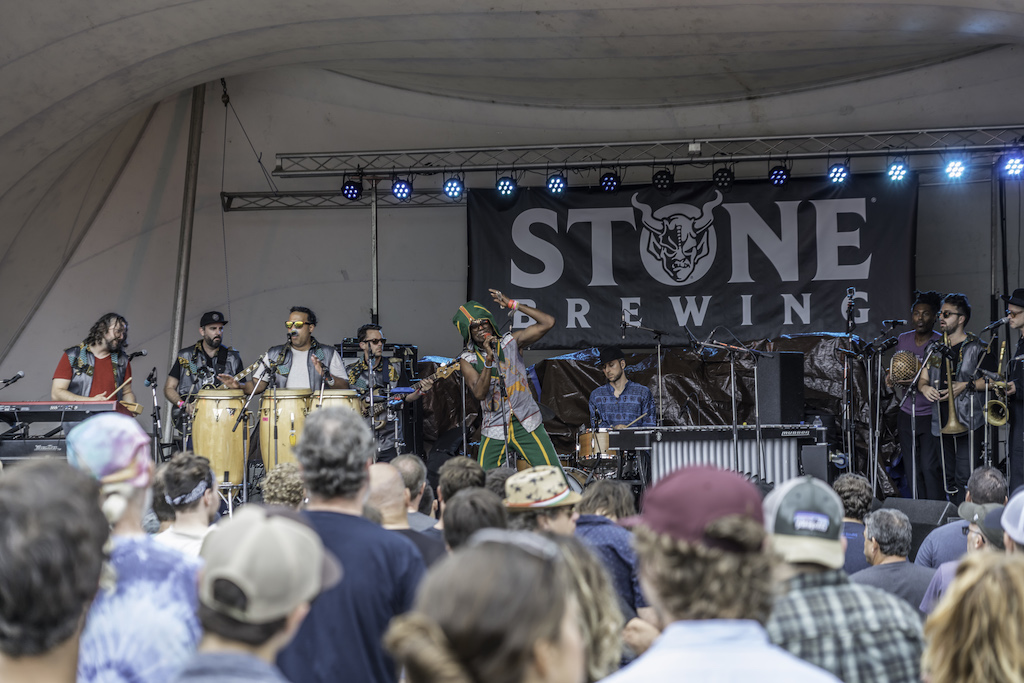 The Stone Brewing festival experience on Brown’s Island is, by design, an indulgence of the senses. World-class beers are paired thoughtfully with bands to celebrate and benefit the local community.

This year’s lineup includes the Soul, Funk and American Rock sounds of five carefully curated bands. In a local tribute, the Richmond-based J Roddy Walston and The Business, will headline the show with a raging set that’s among the band’s final shows on its final tour. From Austin, TX, White Denim has earned a reputation as a must-see live band to check off the bucket list and Cory Wong – guitarist for the fast-rising funk band Vulfpeck – is also well known for a memorable crowd-pleasing live show. Howlin’ Rain and The Long Ryders take the stage with sounds as unapologetic and revolutionary as Stone’s independent craft beers.

“Beer is our art,” explained Dominic Engels, Stone Brewing CEO. “We express ourselves pint after pint, and we live to see it play out among other art forms – in this case – great food and live music. Having experienced it first-hand, I can say with confidence that Richmonders show up! We love the unbridled enthusiasm and the openness with which we all celebrate these badass beers and bands. It’s an honor to call this place home and to celebrate that with all of you.”

An enormous selection of independent craft beers will be on tap all day long including a special selection of Stone beers alongside those of both local and national breweries.

Stone Brewing is dedicated to brewing big character badass beers and doing so with a respect for the community and environment. The company has donated more than $3.75 million to charity to-date, thanks in part to the support of fans attending events like these. All of this year’s Stone’s Throw Down in RVA proceeds will benefit four local organizations:

All ages are welcome and kids under 12 years of age are free. Stone’s Throw Down in RVA happens rain or shine. Tickets are priced as follows:$10 Early-Bird Ticket until July 31
$15 General Admission: August 1 – September 12
$20: September 13 – September 21