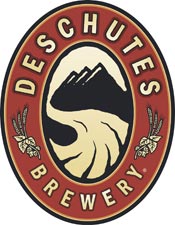 10 March 2011 – Bend, Oregon – Deschutes Brewery, Oregon brewer of courageously crafted ales since 1988, announced today that it will begin selling Black Butte Porter and Mirror Pond Pale Ale in South Dakota this week. Partnering with Dakota Beverage, one of the most influential and successful distributors in its region, Deschutes Brewery will be initially be focusing in the Sioux Falls, Brookings, Yankton and Vermillion areas. This will be the 17th state to carry Deschutes products, and the brewery’s first new expansion for 2011.

“Like most people in the country, South Dakotans continue to look for greater variety and access to quality beer as they become more and more educated about craft beer,” said Bill Christensen, general manager for Dakota Beverage.  “Allowing a greater number people to enjoy the added dimension that we can bring to their craft beer experience has always been part of our plan, and we are continuing to develop that by working with Deschutes Brewery.”

Black Butte Porter, the nation’s number one selling craft porter, will be available to South Dakotans in 22-ounce bottles and on draft. For those who view dark beer with suspicion, this deep, satiny brew dispels the myths and creates enthusiasts.  Black Butte Porter has won many awards over its 22 year history and recently won a bronze medal in the brown porter category at the 2009 Great American Beer Festival.
Mirror Pond Pale Ale, Deschutes Brewery’s most popular beer, will also be available in 22-ounce bottles and on draft. With its definitive hop aroma and hop forward flavor, Mirror Pond is the quintessential pale ale. A consistent award-winner since its debut in the early 1990s, this deftly balanced ale most recently was recognized with a gold medal at the 2010 Great American Beer Festival, the beer’s second medal in a row in this esteemed competition.

About Dakota Beverage
Dakota Beverage has a long track record of building brands and growing the beer business in the southeastern region of South Dakota. With more than 55 years in the beverage distribution business, the company prides itself on having the experience, manpower and talent necessary to manage brands and provide premier customer service. Over the years, Dakota Beverage has established itself as one of the area’s most influential and successful distributors of  import, specialty and domestic beer, representing more than 300 brands from 12 countries. www.dakotabeverage.com

About Deschutes Brewery
Located in beautiful Bend, Oregon, Deschutes Brewery is in the business of daring people to expect more from their beer. That’s why we started off in 1988, on the banks of the Deschutes River here in Bend, Oregon, by selling Black Butte Porter at a time when others were sure a dark beer would never catch on. Our brewers love to push the envelope, especially if it makes someone nervous.  But for us, the highest praise is a raised glass and a toast of “Bravely Done!”  For more information about Deschutes Brewery and its courageously crafted beers, please visit www.DeschutesBrewery.com.