(MADISON, WI) – Delta Beer Lab began building out their space at 167 E. Badger Road this week, and plans to start serving the Greater Madison community with scientifically-based beers by January 2019. 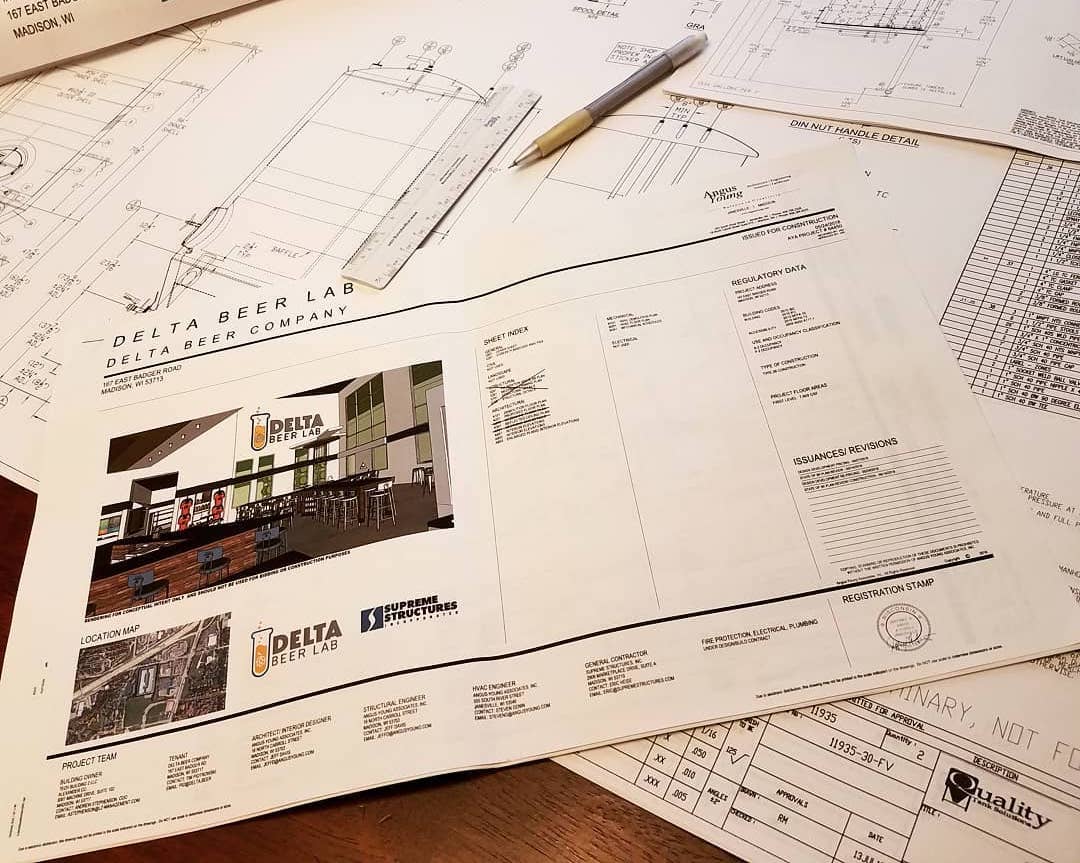 Founded by Tim “Pio” Piotrowski – who has a decade of professional brewing and brewery management experience, Delta Beer Lab will actively focus on doing good while doing well; where profit has its place only alongside doing good for the Madison community, the environment, and its employees. Piotrowski’s work has received award-winning recognition from the national Brewers Association, and all stages of his career have been intentional with this specific opportunity in mind.

“Our vision is to be a laboratory for excellence in beer, relationships, and society,” says Piotrowski. “We want to bring people together through quality, local, craft beer without barriers to gender, race, or sexual orientation.”

Delta Beer Lab is designed on a relatively small scale, allowing the opportunity to experiment with base recipes from around the world and a bounty of different ingredients – from yeast to malted barley and hops to fruits and spices. 10-12 types of beer will be available on tap and canned product will be available for purchase alongside various merchandise. Non-alcoholic craft sodas will be available for non-beer drinkers. Future expansion plans include an outdoor beer garden and commercial-grade kitchen for local food truck vendors to operate and serve their goods.

The space is designed to emulate a laboratory on a brewing and social level with white walls, black resin countertops, a two-story chalkboard with recipe notes, and a direct view into the brew house. A designated area will permanently feature ongoing local community initiatives and non-profit causes, and communal seating with limited electronics was an intentional design to encourage socializing, outreach, and experimentation while sharing beers with friends – old and new.

Angus-Young Associates is the architect of record and interior designer, and the general contractor is Supreme Structures. Delta Beer Lab will bring a desirable social entertainment venue to the mixed-use Novation Campus, and will join many existing companies including Exact Sciences, UnityPoint Health – Meriter, and Summit Credit Union. Novation Campus is centrally located along two of Madison’s primary thoroughfares (Beltline Highway at Rimrock Road and Highway 14) and offers unparalleled access to downtown Madison, Dane County, and the Interstate System. In addition, Novation is accessible via Madison’s network of bike paths and the Madison Metro bus system. For more info on Delta Beer Lab, visit https://www.delta.beer/