(Denver, CO) – Crooked Stave Artisan Beer Project is excited to announce its newest can release “Sour Rosé”, a 4.5% ABV wild ale fermented in oak barrels on second-use raspberries and blueberries. Sour Rosé will be available in the state of Colorado starting at the beginning of February. 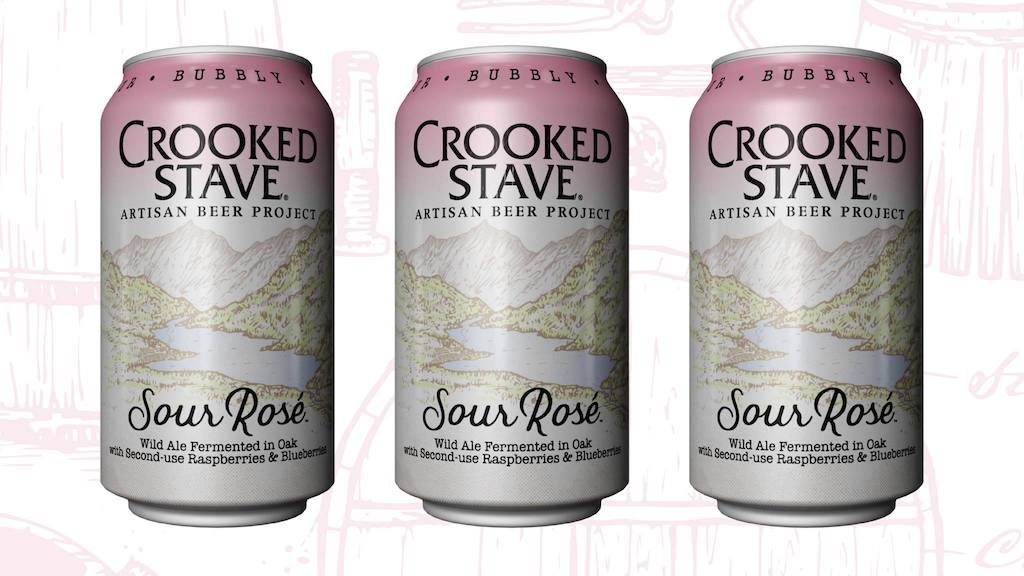 Primary fermented with our mixed culture of wild yeast and bacteria, Sour Rosé undergoes fermentation in large oak foeders on second-use raspberries and blueberries. Showcasing bright effervescent characteristics, Sour Rosé is the perfect sour beer for all seasons and occasions. Unfiltered and naturally wild, each can is packaged with a small amount of yeast to maintain maximum freshness for wherever life’s adventures take you.

“Releasing a traditional sour beer in a can that primary ferments in oak upwards of 4 months before being packaged, marks a new chapter for the brewery as a leader in the creation of wild and sour beers. As the first brewery to release a 100% oak-aged sour beer in cans, we are continuing to grow upon our commitment of educating consumers about Brettanomyces by putting these beers into consumer-friendly packaging at a reasonable price point,” states Chad Yakobson, Crooked Stave Owner and Brewmaster.

Sour Rosé six-packs can be purchased in the Crooked Stave tasting room on Brighton Blvd starting Friday, February 2nd, 2018 and throughout the state of Colorado starting Monday, February 5th, 2018.