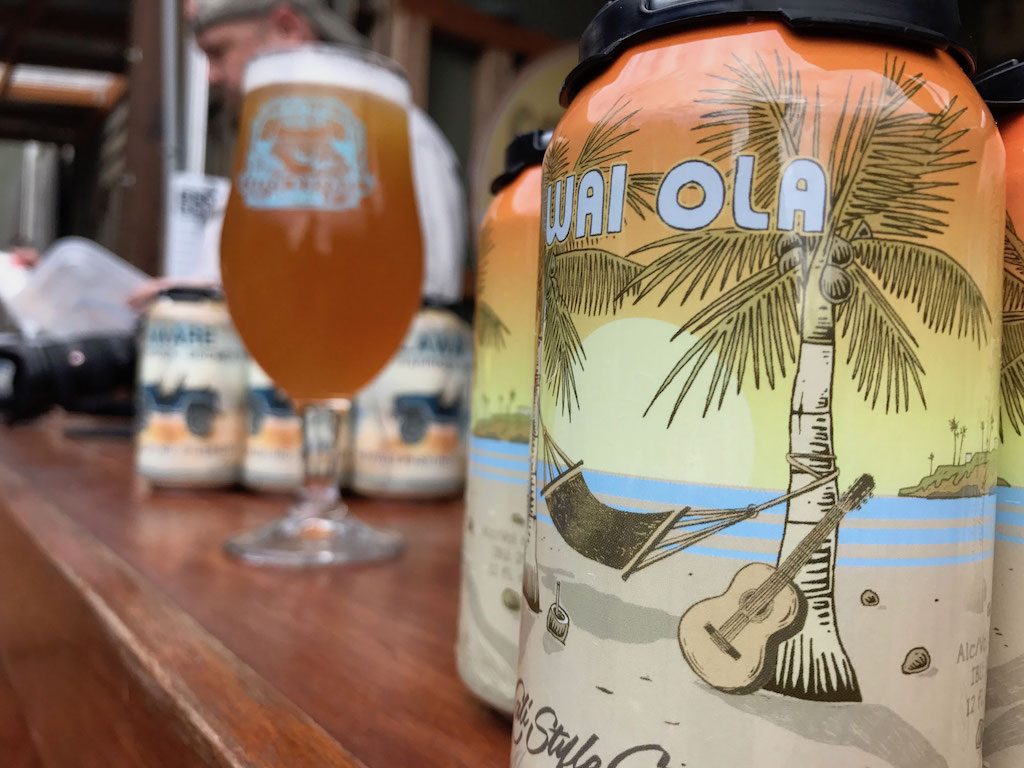 While carrying five year-round beers, Crooked Hammock plans to release twelve of their most popular beers including four seasonal and eight limited release offerings. Their two most popular flagship beers, Mootzy’s Treasure IPA and Wai Ola Cali-Style Coconut Ale, will be available in cans
and distributed throughout the state of Delaware on a year-round basis.

“We’re really excited to announce our beer calendar for 2018,” explained Rich Garrahan, founder of Crooked Hammock Brewery. “We saw a ton of success last year with each of these beers and we feel confident in each and every one to be served throughout the year in our house as well as in bars and stores throughout the state of Delaware.”

Kicking off the first limited release from Crooked Hammock will be their Belgian Quadruple
brewed with fresh banana and cacao nibs, Banana Hammock. At fifteen percent, this beer has the highest alcohol content of any beer released by Crooked Hammock, which is typically known for their sessionable ales. “Banana Hammock is a fun beer to brew that is not only unique but true to style in both the brew method as well as flavor,” explains Head Brewer, Chris Wood. Other limited releases include their 4/20 beer, The Dankness; Beach Escape, a citrusy White IPA; Surfveza, a key lime hefeweizen for Cinco de Mayo; a summer solstice Gluten-free Acai Gose; Off You Rocker, a Double IPA with Citra and Mosaic hops; Olde Butternutz, a bourbon-barrel-aged English Ale; and Jubilation, their holiday Champagne Ale.

The first seasonal release of 2018 will occur on March 23rd when Hand of Buddha Cream Ale makes its debut. “This beer is the epitome of what we try to do at Crooked Hammock,” explains Jon Schorah, Brewer and Brand Manager at the Hammock. “Brewed with Buddha’s Hand fruit and Madagascar vanilla beans, it’s refreshing, light, sessionable, and really unique.”

The beer was one of their fastest selling beers in 2017, leading the brew team to brew three times the amount this year.

The summer season will kick into full gear on May 24th at Crooked Hammock as their summer seasonal, Actively Fishing, a Czech Pilsner brewed with lemon peel and noble hops, is released for “Beach Escape Weekend.” “Memorial Day weekend is one of the biggest weekends for us at the Hammock and highlighting everything going on will be the release of both Actively Fishing and Beach Escape White IPA,” says Garrahan.

As we enter the cooler months, Crooked Hammock’s infamous pumpkin ale, Jav-O-Lantern, will make its way onto the scene. Jav-O-Lantern combines fall spices, real pumpkin that was smoked for hours over cherry wood, and dark roasted coffee for a bold and complex fall brew.

Rounding out the Hammock seasonals will be Sly and the Cherry Stone, a kettle sour that combines tart cherry juice and Mahleb, an exotic Mediterranean spice derived from cherry pits. One of the more popular beers Crooked Hammock has to offer, this bold winter sour comes in at eleven percent alcohol and is purely refreshing.

Each of the beers listed on their calendar will be distributed in kegs throughout the state of
Delaware. Mootzy’s Treasure IPA and Wai Ola Cali-Style Coconut Ale will be featured in sixpacks
of twelve-ounce cans throughout the year while each seasonal beer will be released in cans for their coinciding season.

Crooked Hammock Brewery, Restaurant and Backyard Beer Garden is open year-round 7 days a week from 11am with late night service until 1am. Happy Hour specials are offered Monday through Friday from 3-6pm.