(ATHENS, GA) – Creature Comforts Brewing Company and Jackie O’s Brewery will release a collaborative saison aged in wine barrels, Athens to Athens Grist to Grist, this January. The beer will be available in 750mL bottles from Creature Comforts’ tasting room. 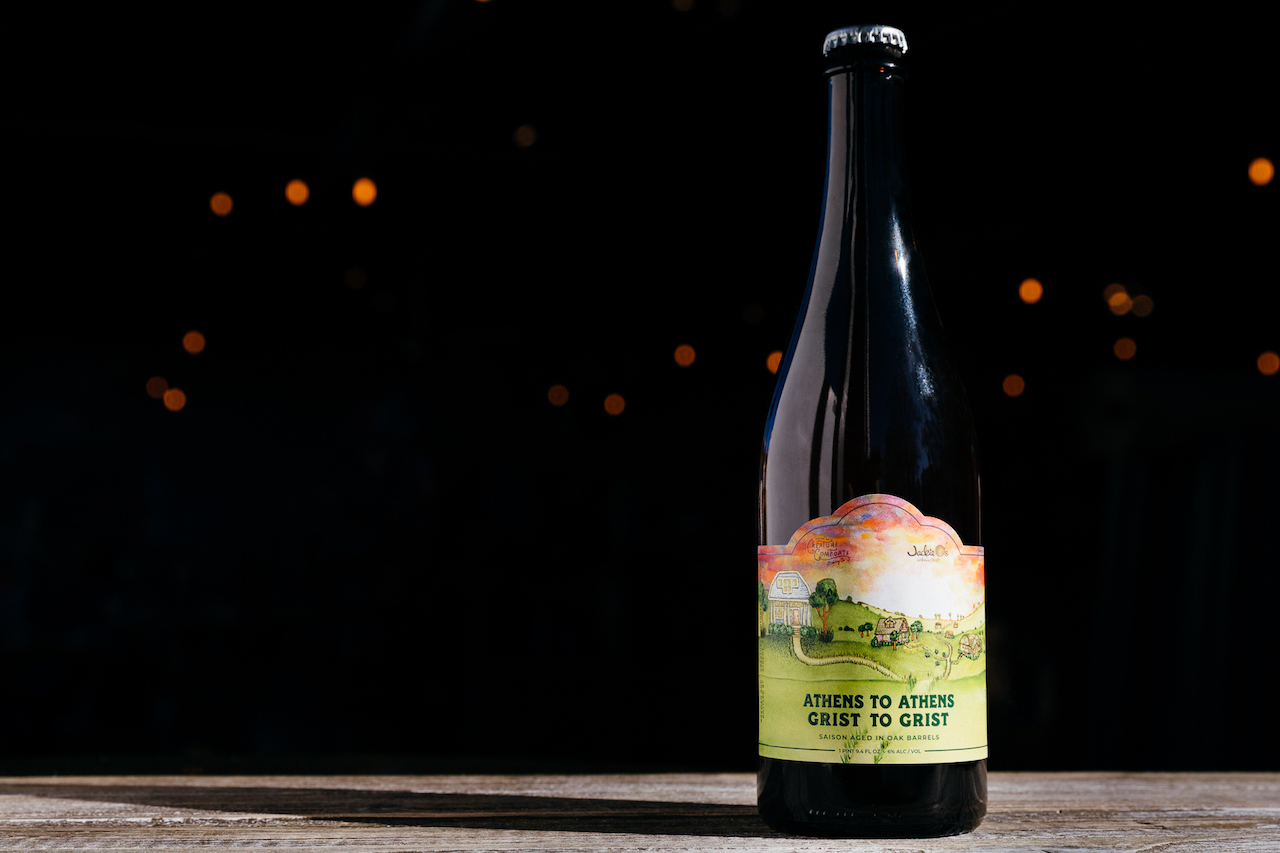 After a year of resting in barrels, the breweries blended the saisons to bring together the flavors from the two house cultures. Jackie O’s signature lemon meringue flavor pairs perfectly with Creature Comforts’ stone fruit notes. The beer is 6-percent ABV.

“By inoculating the barrels with each of our mixed-cultures separately, we were able to allow our house cultures to develop the flavors they would on their own and then blend the beer to create a unique voice together,” said Wood Cellar and Specialty Brand Manager Blake Tyers. “I have such a huge respect for Brad and the work he’s done at Jackie O’s. I favored the Jackie O’s character in the blend to present something different than what we typically offer, and to present a distinct saison that is truly representative of the collaboration.”

Jackie O’s traveled to Athens, GA to brew the saison in February 2017. The beer is the second release in a collaboration series with Jackie O’s. The first of the series, a smoked barleywine aged in bourbon barrels and inspired by historic Adambier, was released under the same name from Jackie O’s tasting room in Athens, OH.

“This project was conceived two years ago through an innocent conversation about how we both brewed in towns named Athens,” said Jackie O’s Director of Brewing Operations Brad Clark. “A seemingly simple discourse led to a collaborative concept that pulls from a time, and most importantly a place. We brewed with each other at both breweries over the course of seven days! Time spent together in our respective place of being, led to some dynamic beers that transcended both environment and glass.”