(Athens, GA) – Just shy of its Five Year Anniversary, Creature Comforts Brewing Company will expand its distribution footprint to include the Savannah and coastal Georgia markets. The brewery will work with its distributor, Savannah Distributing, to enter the additional markets and plans to distribute statewide by early June 2019. 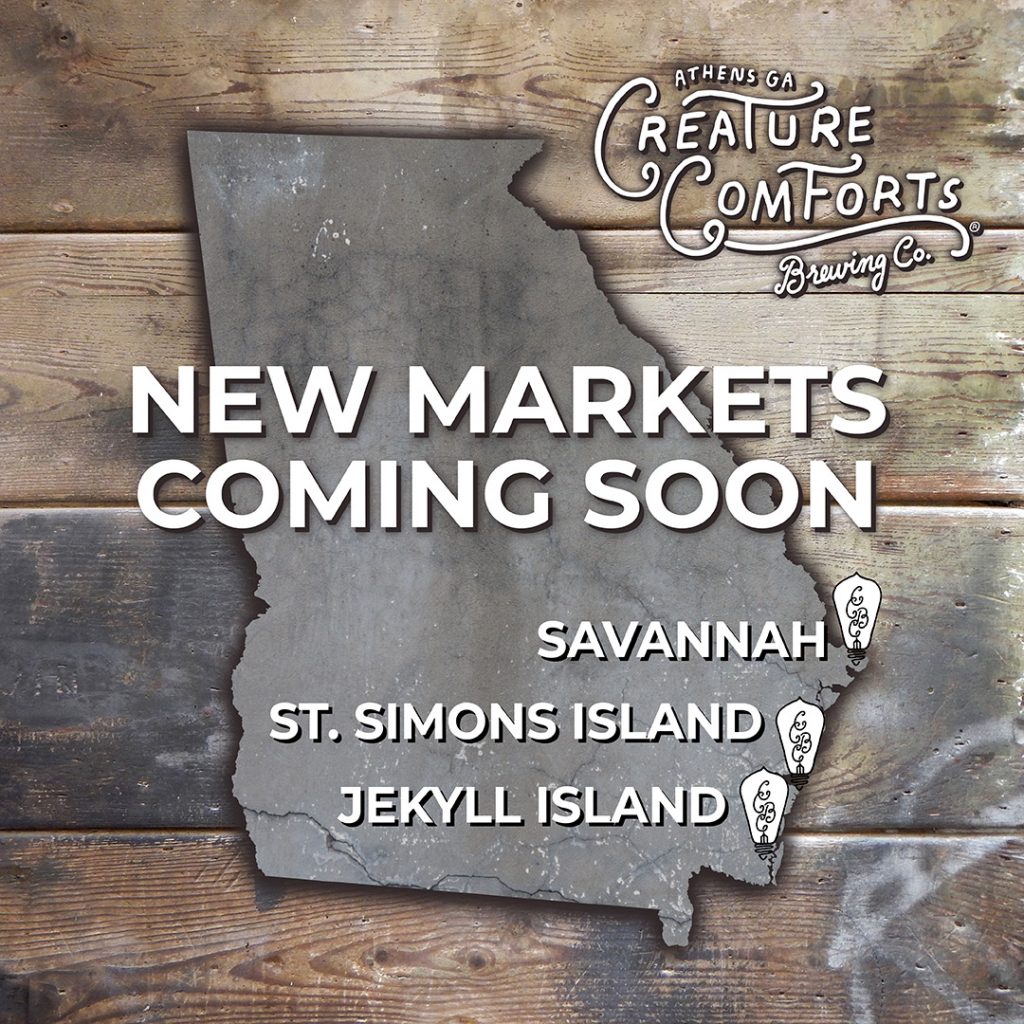 Since opening in 2014, Creature Comforts’ beer has only been available in Athens, Atlanta, and nearby surrounding cities. The brewery expanded its operations in 2018 by opening an $11 million, 40,000-square-foot additional production facility to better meet the demand in its existing markets and added Columbus, GA, and Augusta, GA to its distribution footprint in November 2018.

The recent expansion brought Creature Comforts to an initial capacity of 50,000 barrels, and after moving tanks from the original location to the new location, capacity has increased to 70,000 barrels. The additional increase in production capacity will allow the brewery to expand its current distribution footprint outside of its existing markets.

“It’s exciting that our beer will be available throughout Georgia for the first time. We are always grateful when we get the opportunity to use our beer to create enjoyable experiences and positively impact communities within our home state,” said Co-founder and CEO Chris Herron.

Creature Comforts core brands will be available in the Savannah and coastal Georgia markets beginning in early March.

ABOUT CREATURE COMFORTS BREWING COMPANY:
Creature Comforts is an Athens, Georgia based brewery offering finely balanced artisanal beers. Since opening its doors in April 2014, Creature Comforts has made an imprint in the craft beer community with its award-winning, year-round and special release beers.