(ATHENS, CA) – Nearly four months prior to its third anniversary, Creature Comforts Brewing Company announced plans to significantly expand its brewing operations by adding a second facility in Athens. Since opening in April 2014, Creature Comforts has seen rapid growth and is now at its maximum capacity of 28,000 barrels annually in its current location, which is seven times its initial production capacity. The brewery will invest a minimum of $8 million into a 36,000-square-foot historic building in Athens for the secondary location. 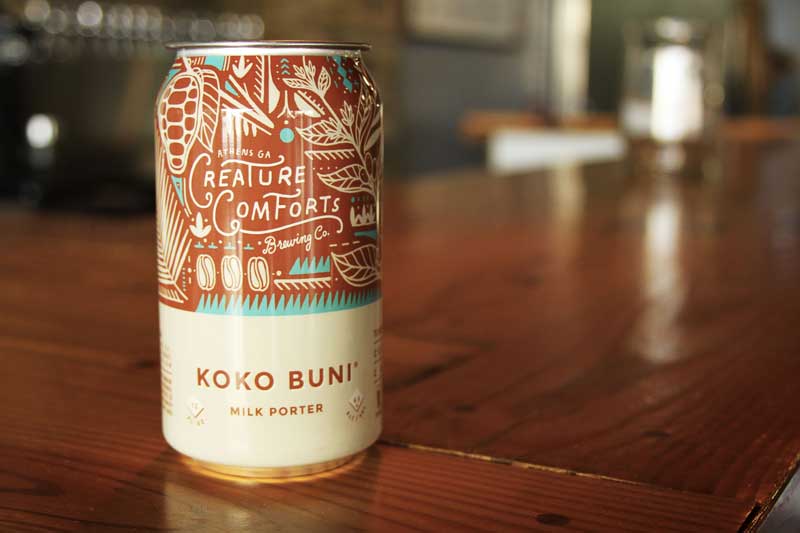 In order to maintain a close distance to its downtown location and with the assistance and cooperation of the Athens-Clarke County government, the brewery selected the historic Southern Mill complex on North Chase Street to house the second facility. Originally built in 1900, the historic mill is being redeveloped into a mixed-use development. Creature Comforts will break ground on its portion of the project in May 2017, with the goal of having the facility up and running by October 2017. The brewery has committed to preserving as much of the character of the historic building as possible during the reconstruction.

“Community is one of the six pillars that we founded the brewery on, and Athens is our community,” said CEO and Co-Founder Chris Herron. “We started this process of finding a new home with the intent of staying in Athens. With the help of the city and a bit of luck and vision, we are going to be able to make that dream a reality. The chance to bring back to life such a historic building in a part of Athens that is prime for revitalization is a remarkable opportunity, and something we are very excited about as a brewery family.”

The initial focus of Creature Comforts’ secondary location at Southern Mill will be on production. The new state-of-the-art facility will incorporate space for fully automated dual 85-barrel four vessel brewhouses from German manufacturer Steinecker. Initially only one of the brewhouses will be installed. The brewery’s second location will also feature a 24-head rotary filler for canning manufactured by Krones, and 50,000 barrels’ worth of annual fermentation capacity to begin with, as well as ample space to add additional fermentation in the future as needed.  The brewery will continue its commitment to quality by investing nearly a quarter million dollars into a state of the art on-site laboratory.

“Quality is at the heart of our brewery,” said Brewmaster and Co-Founder Adam Beauchamp. “You can expand that to everything we do, but in regard to the beers we produce, quality starts with the selection of proper brewing equipment and a commitment to investment in the lab. This allows us the ability to maintain tight control and measure all the many processes and parameters in the brewery. Our customers expect and deserve delicious beers that remain consistent.  As we grow, we’ll continue to prioritize quality and invest in the right tools to do the work, in order to make great beer.”

Creature Comforts expects the 50,000 barrels of new annual capacity, in addition to the existing 28,000 barrels of capacity, to make a significant difference on its presence in current markets. While sourcing some raw materials will remain a challenge, the brewery expects to have the raw materials and capacity necessary to be able to brew 25,000 barrels of its popular IPA, Tropicália, in 2018 – nearly double its current output. In addition to the production increase, the expansion will also result in the creation of at least 25 full-time jobs for the brewery over the course of five years.

“It has been a challenging journey to grow at a pace that would allow us to keep up with the local market demand, for different reasons at different times,” said Herron. “Sometimes it was raw materials, other times brewing capacity and at some points, fermentation capacity. We are excited that after the brewery is completed toward the end of 2017, we will   be poised to enter 2018 with enough brewing and fermentation capacity, as well as hop contracts, to produce significantly more beer.  We have a lot of exciting plans for the future.”

Creature Comforts will keep its current downtown location and plans to reinvest in the tap room and outdoor space once the new brewery is operational. An agreement that includes a grant from Athens-Clarke County was approved by Mayor and Commission on January 17, 2017.

“Our mission statement at Creature Comforts is to build an industry respected craft beer company that inspires people to pursue their passion,” said Herron.  “We want to ensure that we represent our industry well.  We also hope that our journey of being curious and uncovering our passion, following that passion and coming to find happiness is something that will inspire others to do the same.”