(Athens, GA) – Shortly after celebrating its fourth anniversary, Creature Comforts Brewing Company announced the grand opening of its second facility. The brewery celebrated the official opening of the production facility at Southern Mill on June 11, 2018.

Creature Comforts announced the expansion plans in January 2017, broke ground in May 2017, and began initial production at the facility in March 2018. In order to maintain a close distance to its downtown location, and with the assistance and cooperation of the Athens-Clarke County government, the brewery selected the historic Southern Mill complex off North Chase Street to house the second facility. Originally built in 1900, the mill is being redeveloped into a mixed-use development. The brewery committed to preserving as much of the character of the building as possible during the reconstruction and was the recipient of a 2018 Athens-Clarke Heritage Foundation Award in the category of Adaptive Reuse. Creature Comforts worked with local companies, Studio BNA Architects and Grahl Construction on the facility. 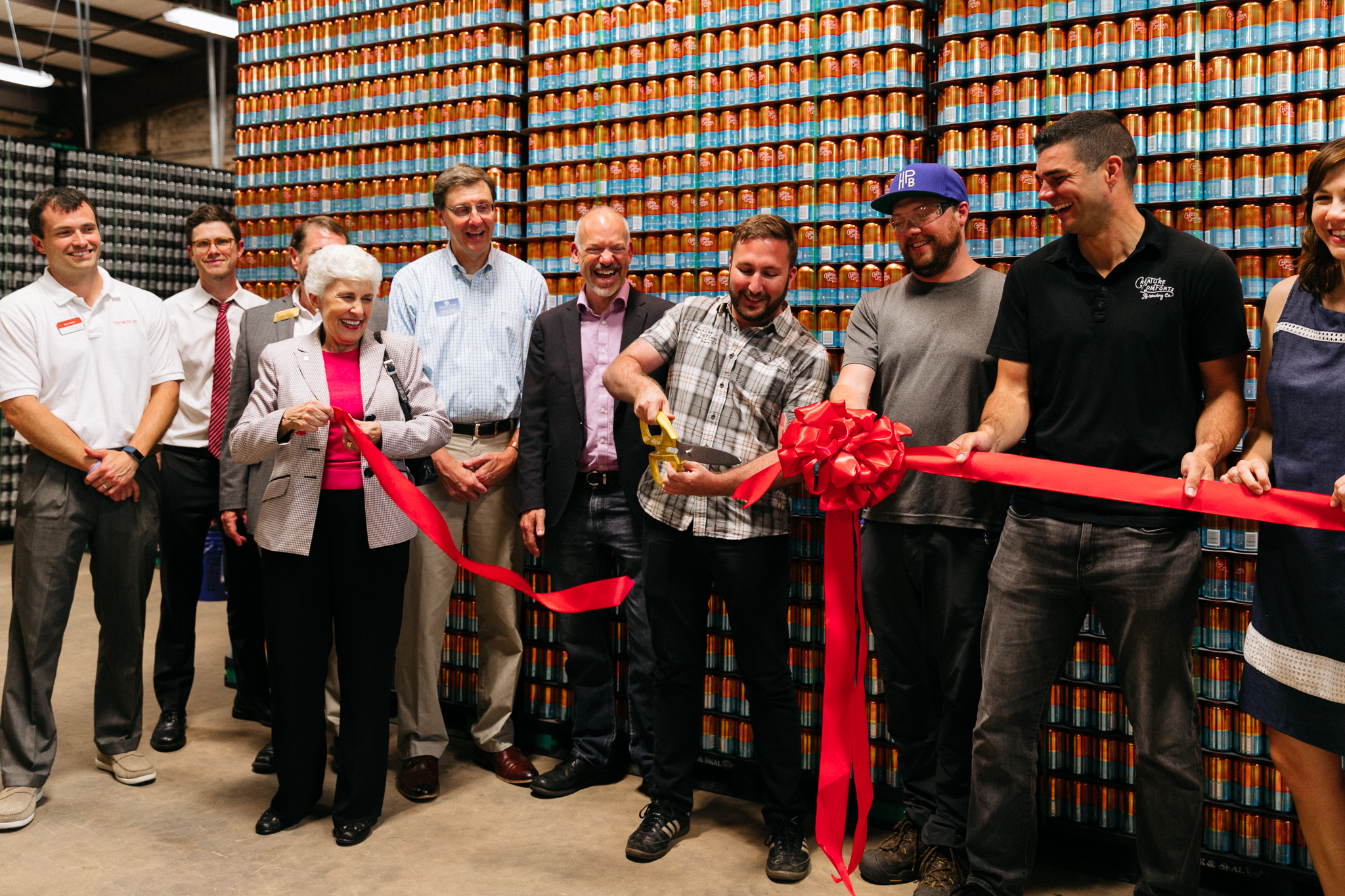 “We never expected that two years into opening our doors we would have a need to start working on building a new brewery,” said CEO Chris Herron. “However, two years later we are extremely grateful to have it come online as our existing brewery had been operating at maximum capacity for fifteen months. We are excited to have the opportunity to both increase the quality and the quantity of our beer, to create jobs, and to reinvest right here in Athens.”

Creature Comforts invested $11 million into the 40,000-square-foot historic building, which houses new state-of-the-art equipment including a fully automated dual 85-barrel brewhouse from German manufacturer Steinecker, a 24-head rotary filler for canning manufactured by Krones, and 50,000 barrels worth of initial annual fermentation capacity. Continuing in its commitment to quality, Creature Comforts also invested nearly a quarter of a million dollars into a quality laboratory onsite.

The initial focus of the new brewery is on production, with plans for a tasting room in the future. The technology of the equipment has greatly increased the efficiency of Creature Comforts’ production and packaging. The canning line averages 185 cans packaged per minute, in comparison to 40 cans per minute the brewery packages with its canning line in the Snow Tire facility. At the new production brewery, a 340-barrrel batch of the brewery’s year-round IPA, Tropicália, is brewed in 16-17 hours, while at the downtown location a 120-barrel batch of Tropicália is brewed in 20 hours. With the increased capacity and efficiency of the equipment, the brewery expects to make a significant increase on its presence in its current distribution footprint.

“The new facility we’ve built here at Southern Mill gives us the ultimate control to precisely make high-quality beer exactly the way we want, with better shelf stability and with much greater efficiency,” said Brewmaster Adam Beauchamp. “Every system has been upgraded from water treatment to boilers all the way through to packaging. Sustainability was a big focus for us as we went through equipment selection and plant design. All in all, we believe the brewery we’ve built will allow us to provide our consumers with a product that they will consistently be happy with.”

Creature Comforts is an Athens, Georgia based brewery offering finely balanced artisanal beers. Since opening its doors in April 2014, Creature Comforts has made an imprint in the craft beer community with its award-winning, year-round and special release beers. To learn more about Creature Comforts, contact [email protected] or visit us online at www.creaturecomfortsbeer.com.