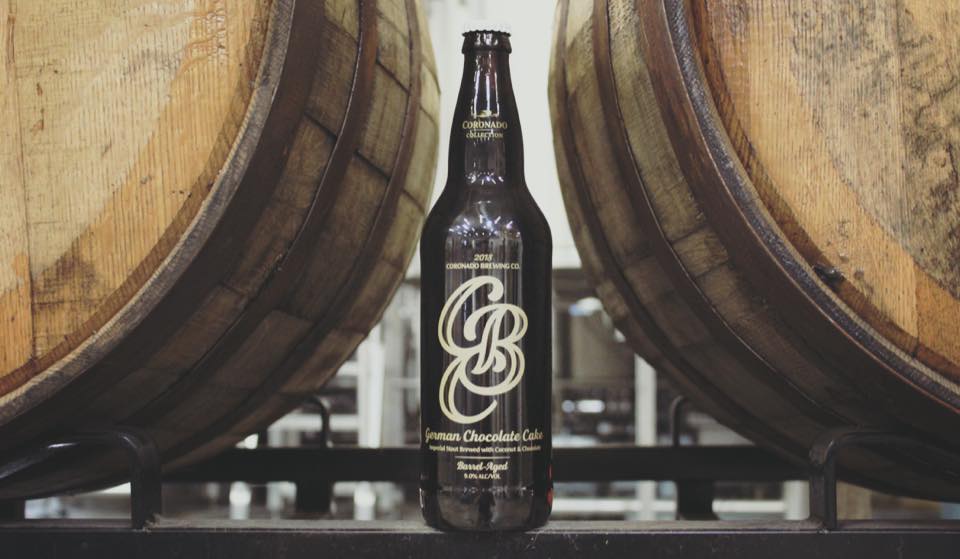 Originally released February 2016, Barrel-Aged German Chocolate Cake quickly built a loyal following. The beer starts off as a bold imperial stout with a roasted character and tasting notes of chocolate and espresso. It then spent six months aging in freshly dumped bourbon barrels before being treated with a healthy addition of toasted coconut and cacao nibs. The result is an incredibly drinkable, yet complex beer with abundant flavors of chocolate, vanilla, coconut, and espresso. “We wanted to kick-off the 2018 Coronado Collection with the return of a crowd favorite and one of our personal favorites,” says Mark Theisen, Head Brewer, Coronado Brewing Company. “As we continue building out our barrel-aging program, we’re excited for fans to see what we have in store for future releases. We’re excited to be pushing the envelope with unique barrel-aged offerings.”

The Coronado Collection is our limited release series of barrel-aged liquid treasures. Only the boldest beers enter the barrels, and after months of aging, they emerge transformed. Enjoy now, or cellar for years to come.

Rich espresso and chocolate notes from the beer meld with sweet toasted coconut, before aging for several months in fresh bourbon barrels. The barrels impart the beer with additional hints of chocolate and vanilla for a new take on this classic American dessert.

In 1996, when craft beer was still a foreign term and San Diego County was home to only a handful of breweries, the Chapman brothers Ron and Rick opened a brewpub in their hometown of Coronado. Today CBC stays true to their San Diego roots, brewing abundantly hoppy West Coast-style ales, which are available today in 16 US states and 12 countries. In addition to the long-established pub in Coronado, the company opened a tasting room inside its San Diego production facility in 2013, and a tasting room and restaurant in Imperial Beach, California in 2014. Coronado Brewing Company was honored in 2014 with one of the brewing industry’s most prestigious awards—World Beer Cup Champion Brewery and Brewmaster for a Mid-Size Brewing Company.