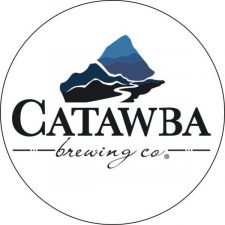 (Asheville, NC) – In recent weeks, Catawba Brewing’s Small Batch Program has explored dark malty styles and higher-gravity offerings designed to sustain you through the cold of winter. With their latest release, they’re taking the contrarian approach, swinging back to the lighter end of the beer spectrum. This American Blonde Ale is an interesting dichotomy. A traditional summer beer brewed in January. A new release that’s actually an old recipe. Think of it as a Throwback Thursday Beer.

The WNC craft beer landscape looked entirely different in the summer of 1999 when Catawba Brewing first opened its doors in Glen Alpine, NC. Brothers Billy and Scott Pyatt had spent the preceding years perfecting recipes through countless homebrew batches, preparing for the release of their first commercial beer (known then as Buffalo Nickel Ale). An ideal gateway beer, its yellow color made it seem approachable even to those who knew only macro American lagers. Although it would never be considered hoppy by today’s standards, many people at the time commented on an explosion of unfamiliar flavors – yet it remained light, crisp, refreshing, drinkable.

Brewed for the first time in their Asheville South Slope Brewery, Small Batch Blonde Ale is the third 2017 release in Catawba’s Passport Rewards Program. Experience this piece of Catawba history in any of their tasting rooms, and in limited distribution.

About Catawba Brewing Company
Founded in 1999 by the Pyatt family, natives of Western North Carolina, Catawba Brewing operates a main production facility in downtown Morganton, NC at 212 S. Green St; a boutique brewery/tasting room in downtown Asheville, NC at 32 Banks Ave; and a tasting room in Asheville’s Biltmore Village at 63 Brook St. A new Catawba brewery/tasting room will open in Charlotte’s Plaza Midwood neighborhood at 933 Louise Ave in the spring of 2017. Catawba beers can be found in NC, SC, TN, and now AL.