(MORGANTON, N.C.) – Catawba Brewing Co. will release its duo of pumpkin beers – King Don’s Pumpkin Ale and Emperor Don’s Imperial Pumpkin Ale – on Sept. 6. And, to celebrate National Drink Beer Day on Sept. 28, the brewery will give a free limited-edition anniversary pint glass with a purchase of a pint of King Don’s (limit one per customer). 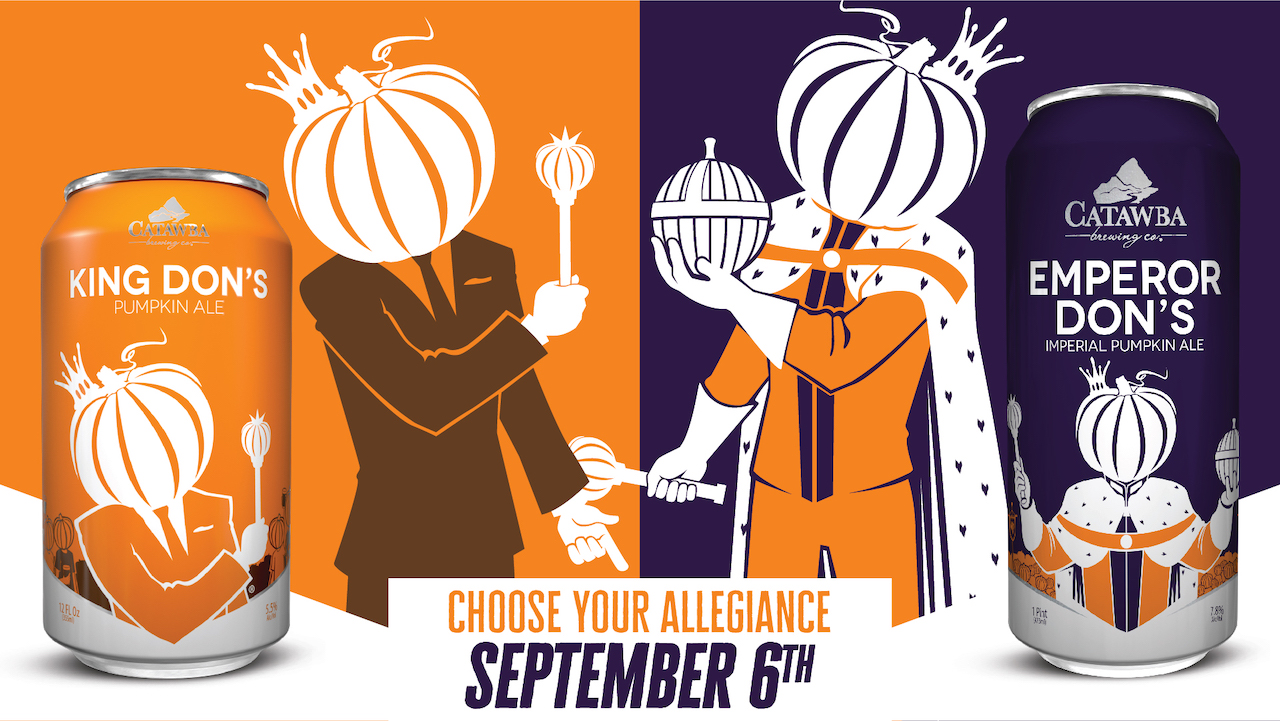 Same name. Bigger throne. King Don’s pays homage to the originator of the pumpkin beer in North Carolina, but Emperor Don’s Imperial Pumpkin Ale carries the crown to the next level. Bigger, bolder, and more regal than our original pumpkin ale, this new variant is everything you love about the King and more. After all, it’s good to be King, but it’s better to be Emperor.

Both ales will be available on draft and in cans; King Don’s in 12 oz. 6-packs and Emperor Don’s in 16 oz. 4-packs in all tasting rooms and Catawba’s five-state distribution.

Catawba Brewing Co. has been an industry leader in Western North Carolina’s craft beer scene for two decades. The company was founded in 1999 by WNC natives, the Pyatt family, who were inspired by their weekend homebrew hobby. From humble beginnings, the business has grown exponentially to become a major craft beer supplier across five states. Catawba now operates breweries and tasting rooms in three NC cities – Morganton, Asheville, and Charlotte – embracing a hybrid wholesale/retail strategy. With the 2018 acquisition of Palmetto Brewing Co. in Charleston, SC, the Pyatt family hobby has spawned one of the Southeast’s largest and most diverse craft brewing entities. Learn more atwww.catawbabrewing.com