(PORTLAND, OR) –– Cascade Brewing has announced the release of three new packaged beers for the month of September, including two in 500ml bottles and one in 16-ounce cans. All three beers will also be available on draft. 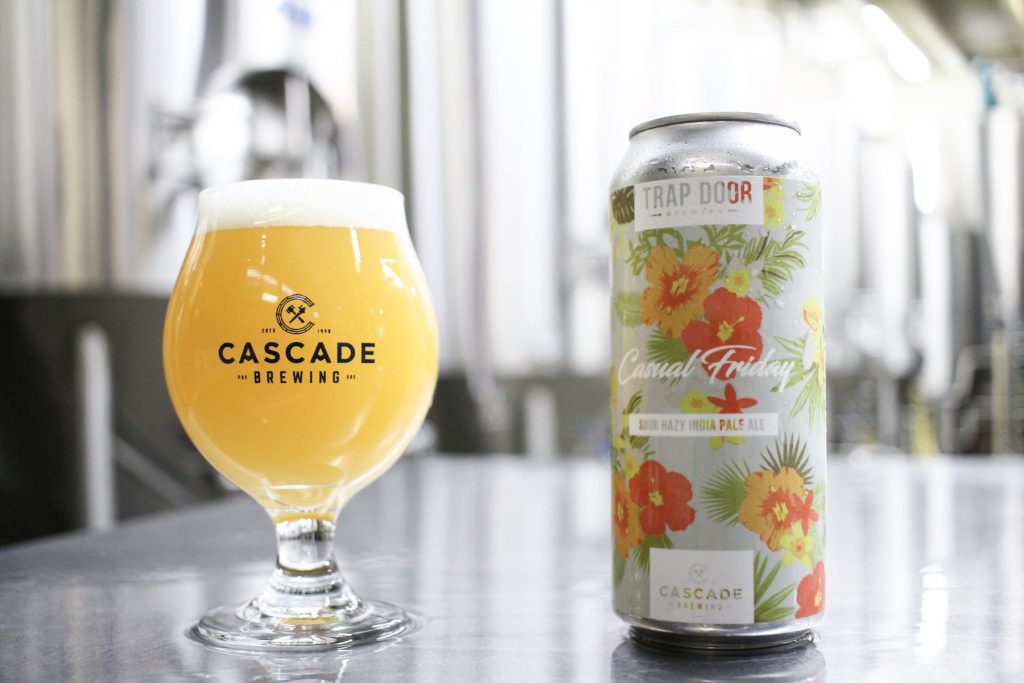 On Friday, Sept. 13, the brewery is releasing its first bottling run of Pistil Whipped, a blend of sour blond ales aged in oak wine barrels with late infusions of saffron and chamomile. Pouring a rich golden-yellow from the saffron’s distinct color, this unique botanical blend captures saffron’s earthy, hay-like spice character with gentle floral and honey notes from the chamomile tea. Pistil Whipped is available in 500ml bottles and draft at the brewery’s two Portland pubs and through limited distribution outlets.

Tuesday, Sept. 17 marks the return of Vlad the Imp Aler, one of the most iconic projects in Cascade’s 20-year history of brewing and blending sour beer. A combination of quad and blond ales aged in bourbon and wine barrels for up to two years with orange peel and coriander, Vlad delivers a fresh acidity and light malt sweetness with notes of bourbon, citrus and spice. The 2017 project will be released at both Portland pubs and through Cascade’s distribution channels. This marks Vlad’s first bottle release since the 2011 project, and the first time it’s available in 500ml bottles, as well as on draft. Vlad was the Silver Medal Winner at 2009 GABF for Barrel Aged Sour category.

Also on Tuesday, Sept. 17, Cascade will release Casual Friday, a collaboration with Trap Door Brewing of Vancouver, Wash. Casual Friday is a sour Hazy IPA made by blending Cascade’s sour blond and experimental bret blond with Trap Door’s Hazy IPA hopped with Mosaic, Nelson Sauvin and El Dorado hops. Trap Door has packaged up a limited number of 16-ounce cans that will be available only at the two breweries’ respective pubs.

About Cascade Brewing
Cascade Brewing has been a pioneer in the sour beer renaissance since 2006 and is the proud innovator of the Northwest Sour Ale. Its distinctive sour beer blends feature fruit forward, barrel-aged ales with an emphasis on project year-to-year variation. These beers offer a complex array of flavors derived from the acid, the fruit and the residual flavors present in the barrels in which they age. The resulting beers offer a complex array of flavors and aromas derived from with each project year release capturing the unique subtleties of that year’s growing season. Cascade Brewing’s sour ales are brewed and blended